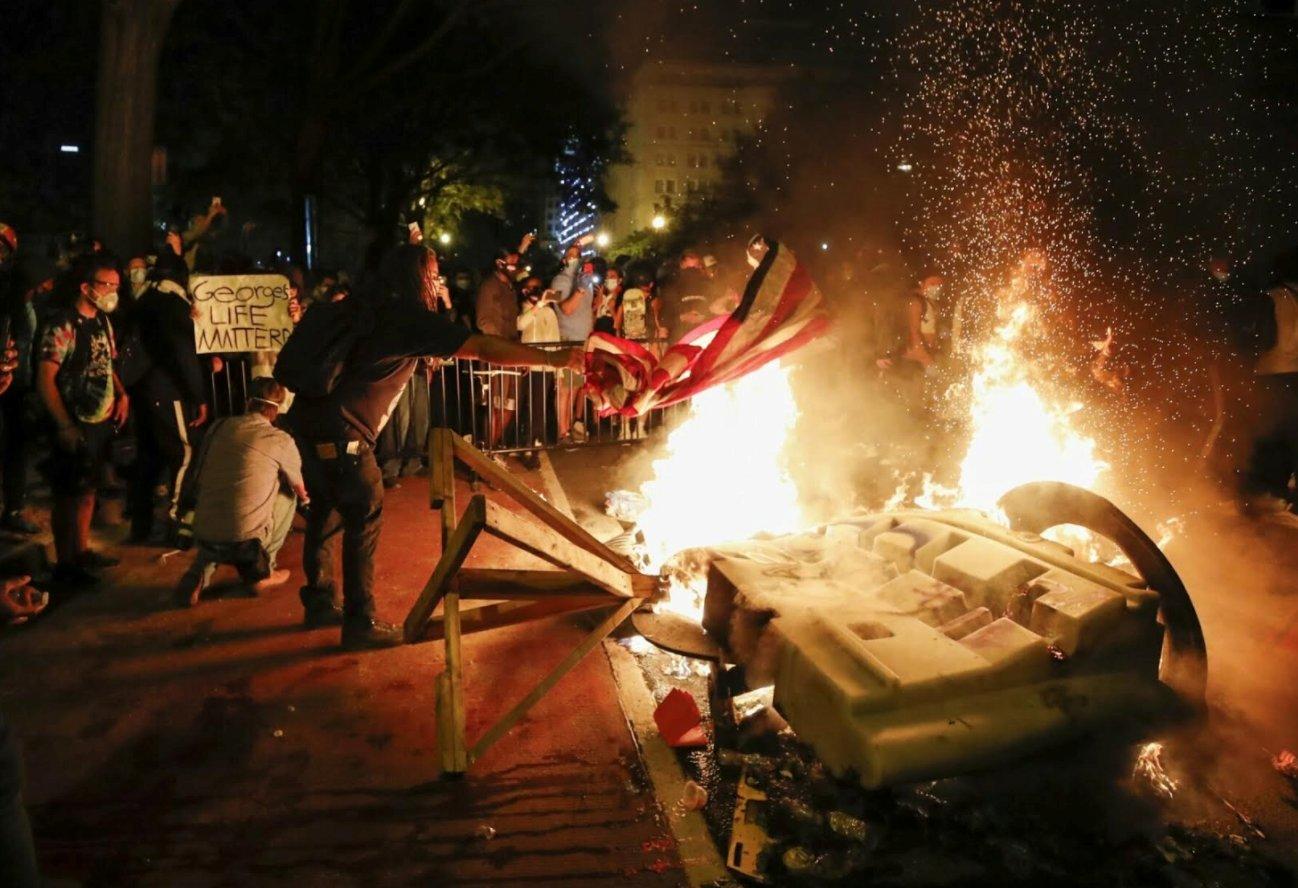 As America boils over with protests over the death of #GeorgeFloyd in a case of apparent police brutality, President Donald Trump has declared a war on the main organization that is believed to be behind the protests- AntiFa. This far left organization has been on the radar of Mr Trump as the organisation has been opposed to his presidency and we all know how Mr Trump handles criticism.

Before we delve into the issue at hand, let's trace the origin of AntiFa and see what exactly it stands for.

The word AntiFa is actually an abbreviation of Antifaschistische Aktion or simply put Anti-Fascist Action, an organisation affiliated with the Communist Party of Germany (KPD) that existed from 1932 to 1933. It was primarily active as a KPD campaign during the 1932 elections and was described by the KPD as a "red united front under the leadership of the only anti-fascist party, the KPD".

Under the leadership of the committed Stalinist Ernst Thälmann, the KPD viewed fascism primarily as the final stage of capitalism rather than as a specific movement or group, and therefore applied the term to all other parties.

The front focused largely on attacking the KPD's main adversary, the centre-left Social Democratic Party of Germany, whom they referred to as social fascists and regarded as the "main pillar of the dictatorship of Capital" as well as the German Socialist Workers Party, better known as the Nazis.

In America, it is a militant, predominantly left-wing, anti-fascist political activist movement that comprises autonomous activist groups that aim to achieve their political objectives through the use of direct action rather than through policy reform. Individuals involved in the movement tend to hold anti-authoritarian and anti-capitalist views and subscribe to a range of left-wing ideologies such as anarchism, communism, Marxism, social democracy and socialism.

Both the name antifa and the logo with two flags representing anarchism and communism are derived from the German Antifa movement.

Now that we have established what the AntiFa are and what they stand for, it's not difficult to see why Trump doesn't have a good view of them. They are against everything Trump stands for. Though the AntiFa have been criticised by both the left and the right in the United States, Trump views them as an extension of the Democrats especially the New wave of Democrats like Alexanderia Occasio Cortez.

These protests are at a very bad time for him. The country is already reeling under the covid19 pandemic which had dented his chances of re-election in November, these protests are a fuel in an already burning dissatisfaction against the GOP in general and Trump in particular.

But the riots that have accompanied the protests have given him something to hot back at. It's not about what the protests are for anymore. It's about how the people are protesting. I guess it always happens to any protest and I can give out many examples but we would be digressing.

If the riots did not happen, Trump and his administration would have nothing to hit back at but now that he has, he is doubling down on it by announcing that he would designate AntiFa as a terrorist organisation. It's a clear strongman tactic of giving a bad name to your opponents. Any sensible person would say that though the tactics of AntiFa are questionable, nobody apart from Trump would go as far as designating them as terrorists.

AntiFa has always been in the cross hairs of Trump whom they call as a Fascist leader. The AntiFa has in the past been involved in altercations and street fights with pro Trump far right groups most notably the Proud boys’ incident of October 2018 involving noted Trump supporter Gavin McInnes.

Trump fears losing ground right before the November showdown with his Democrat contender Joe Biden for the top chair and he is rallying his own support base by trying to come off as a strong leader who won't give in to violence. Fair. But what he is ignoring that these protests are more than just AntiFa and the far left. His actions could well push fence sitters in the direction of Joe Biden while these actions surely would conjure up support from his own right-wing base. This may well prove to be a double-edged sword for Mr. Donald Trump in his bid for re-election.