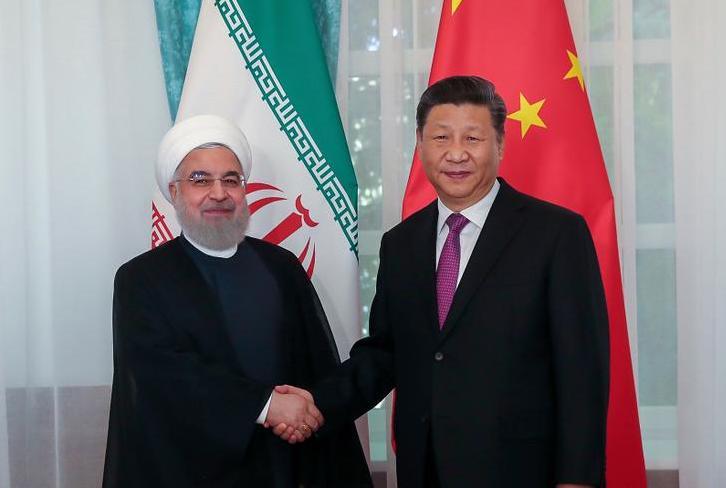 “Two ancient Asian cultures, two partners in the sectors of trade, economy, politics, culture and security with a similar outlook and many mutual bilateral and multilateral interests will consider one another strategic partners.” These, according to the New York Times, are the opening lines of the multi-billion-dollar trade and military deal between Iran and China. This becomes the new twist in the tale of the US-China trade war.

Till the Iranian revolution happened and the Islamic Republic of Iran was established, Iran under rule of the Pahlavi dynasty, was the blue-eyed boy of the west in the Middle East. But those days are long gone now. After the Iranian Revolution and the capture of the country’s power by the ayatollahs, Iran started to fall out of the west’s favour. Today, Iran, reeling under the weight of economic sanctions imposed by the Trump administration, had been desperately looking for an economic lifeline. And China provided it with one.

Under the Sino-Iranian strategic partnership, China will invest $400 billion in Iran’s infrastructure while for China it means uninterrupted supply of oil for the duration of the agreement, which is a quarter of a century.  This will go a long way for Iran to alleviate the ill-effects of the of the US sanctions and allow it to boost its domestic infrastructure. It will also give a huge boost to the Chinese economy, which is in the worst slowdown because of the novel coronavirus, Covid-19, pandemic and trade wars with the US. Also, China’s failure of a full disclosure about the Covid-19 outbreak, which allowed the virus to reach every continent on the planet except the Antarctica, made many countries, like the United Kingdom, wary of China and have cut down business ties with it or are planning to do so.

America is struggling to control the pandemic. It is vulnerable. That is how the Chinese see the current situation. For China, this is the time to hit. And it has tried to hit the United States where it hurts the most – the Middle East. This deal gives China a foothold in the Mackinderian heartland, using which it can reassert itself on the world stage. The development of Jask port in Iran’s Hormozgan province in the Persian Gulf indicates the Chinese intent.

This can also be seen as the Chinese pushback on the Huawei issue. The US is trying to get China out of the world’s communication technology ecosystem and under its influence many countries are phasing out the Chinese tech in the mobile network technology. China also is looking for new markets to compensate for the loss of business due to American pressure. What better place than a country that has been pushed out of world trade by the US. China wants to be seen as a proactive player in work politics and this seems to be a step in that direction.

A lot has been made of this development in the Indian media, like this. India-China relations are at the lowest they have been in recent memory. With reports of Iran going at it alone and laying the railway lines, the Chabahar-Zahedan project was seen to be gone as far as India was concerned, according to many commentators.

This tweet may be seen as Tehran’s attempt to tell New Delhi that it is not cosying up to Beijing. Earlier this week, the Indian ambassador to Iran Gaddam Dharmendra was invited by the Iranian head of railways to review the ongoing cooperation on Chabahar-Zahedan Railway. He is said to have told the Indian ambassador that “vested interests” were behind the reports of India being dropped from the project. The foreign ministry has already dismissed the reports as “speculative”.

China is weaving a “String of Pearls” around India. With the Galwan valley incident still fresh in the minds of the masses, it is difficult not to see Chinese actions with suspicion. However, this partnership with Iran seems more cantered on the United States rather than India.