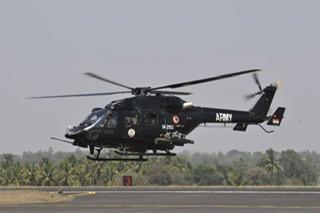 New Delhi: For the first time, Indian Army has selected it two women officers to train them as helicopter pilots at Combat Army Aviation Training School at Nashik in Maharashtra.

Fifteen women officers volunteered to join army aviation, however, only two officers have qualified through the stringent selection process to include the Pilot Aptitude Battery Test (PABT) and medicals.

The two women are among the 47 army officers who began their training at the Nashik training school on Monday, said a second officer.