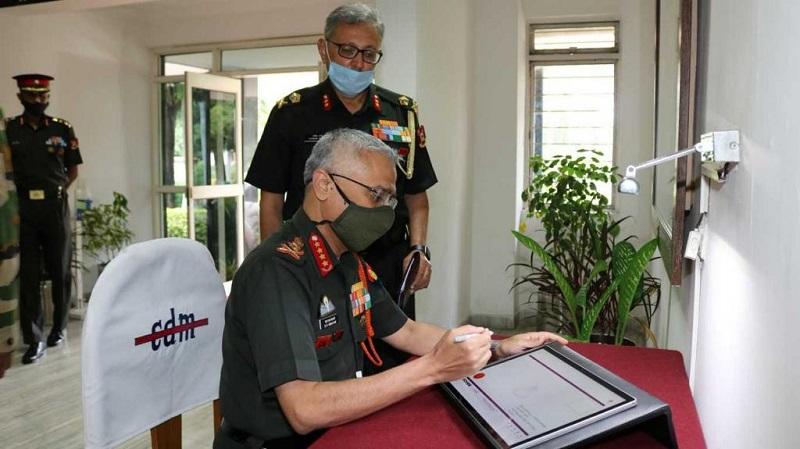 New Delhi: Indian Army Chief General Manoj Mukund Naravane is set to visit Nepal on November 4, as part of a three-day customary visit.
He has been invited by his Nepalese counterpart Gen PC Thapa.

“The visit is scheduled from November 4-6. The main events in his programme include paying homage at the martyr’s memorial in the Army Pavilion, receive an honour guard in the Army HQs, hold office meeting with his counterpart Gen Thapa and address student officers at the Army Command and Staff College, Shivpuri,” the Neaplese Army said in a statement.

It further said that the main highlight of the visit will be the conferment of the rank of an honorary General of the Nepali Army to Gen Naravane by President of Nepal Bidhya Devi Bhandari on November 5 amidst a special ceremony.

He is also scheduled to meet the prime minister and defence minister on the final day of his visit.

This will be the first high-level visit from India to Kathmandu since ties between the two neighbours came under strain.

Nepal recently came up with a new political map in May claiming several areas in Uttarakhand to be part of its territory.