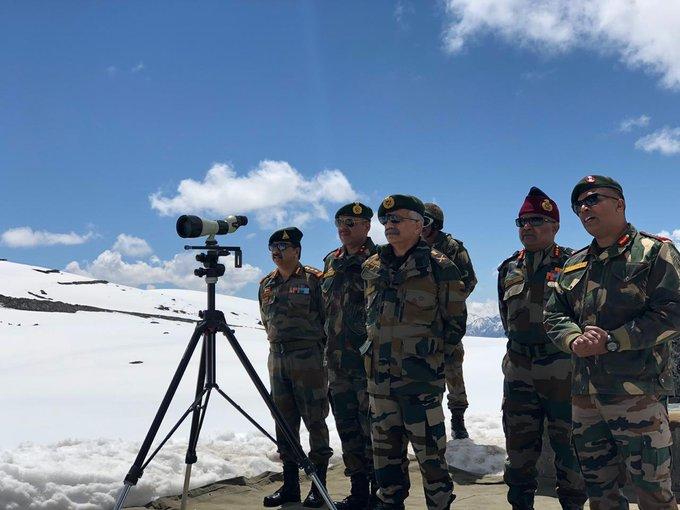 It would be his second visit since the border stalemate between India and China and first after brutal face-offs between troops of India and China in the Galwan Valley, wherein 20 Indian soldiers were killed on June 15. The Chinese side also suffered casualties but they did not reveal any number.

However, they have accepted that their Commanding Officer was killed in the clash.

On Monday, the commanders discussed developments along the Line of Actual Control (LAC) and the army’s readiness to handle any situation.

In Leh, senior officers will brief the army chief on latest developments along the LAC and progress in military dialogue with China, sources said.

According to sources, Gen Naravane will also interact with soldiers there. The army chief is expected to visit Kashmir on Wednesday.