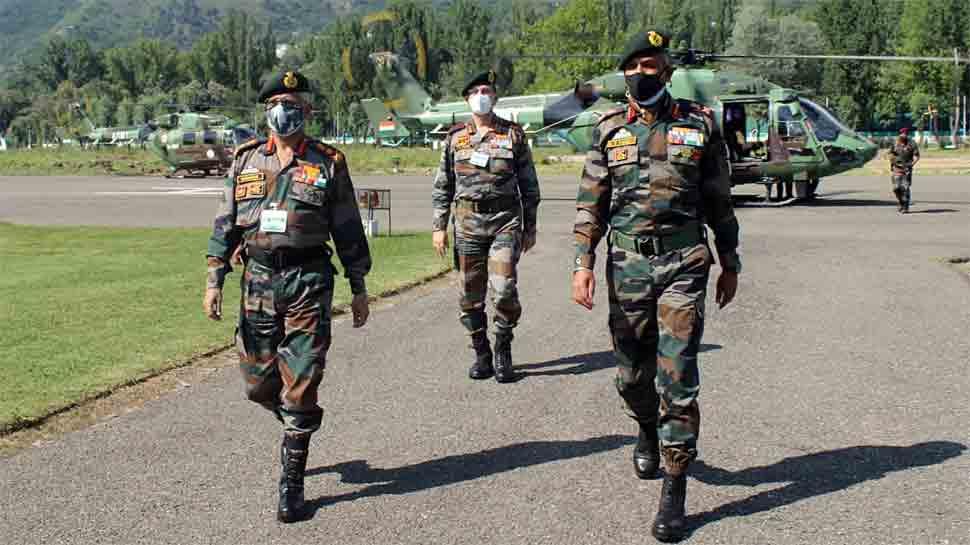 New Delhi: The chief of Army staff, General Manoj Mukund Naravane, landed in Kashmir for a two-day visit to review the prevailing security situation in the Union territory of Jammu & Kashmir. On arrival at Srinagar, the Gen Naravane was received by the Northern Army commander, Lt Gen Yogesh Kumar Joshi, and the 15 Corps (Chinar Corps) commander, Lt Gen Devendra Pratap Pandey. They then visited units and formations in the hinterland where the Army chief was briefed by the local commanders on the existing security situation and the measures being taken to identify and target the overground workers’ network of the militants involved in the radicalization and the recruitment of local youths in terrorist ranks.

Efforts to prevent local recruitment and facilitate surrender of local terrorists were also discussed. While interacting with the troops, the Army chief expressed his appreciation to the jawans and officers who are relentlessly battling the dual challenges of Pakistan-abetted terror and the Covid-19 pandemic. He emphasized on the need to be prepared to meet emerging security challenges in Jammu & Kashmir effectively. Later, Gen Naravane was briefed by the Chinar Corps commander on the overall situation pertaining to the line of control and the hinterland.

The Army chief complimented the excellent synergy exhibited by all sections of the civil administration, Jammu & Kashmir Police, central armed police forces, and other security agencies in projecting a “whole of government” approach, which has resulted in the improvement of the security situation in the Union territory.

In the evening, the Gen Naravane met the lieutenant governor of J&K, Manoj Sinha, at Raj Bhawan and discussed the emerging challenges and roadmap for long-term peace in the Union territory. The LG appreciated the role played by the Army in restoring and preserving peace in the UT and providing aid to the civil authorities against the Covid-19 pandemic.