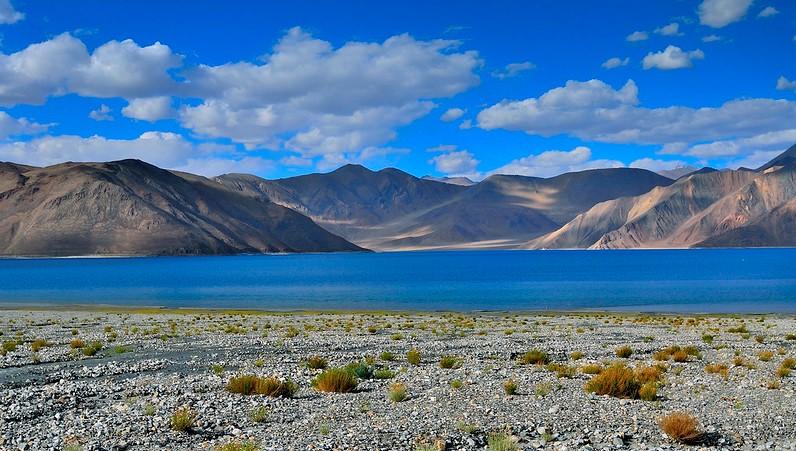 New Delhi: Refuting China’s claim that Indian soldiers fired warning shots after crossing the Line of Actual Control (LAC) in the south bank of Pangong Lake in Ladakh on Monday, India on Tuesday said at no stage has the Indian Army transgressed across the LAC or resorted to use of any aggressive means, including firing.

It also accused China of continuing to undertake provocative activities to escalate.

In a statement, the Indian Army said, “India, while is committed to disengagement and de-escalating the situation on the LAC, China continues to undertake provocative activities to escalate.”

It is the PLA that has been blatantly violating agreements and carrying out aggressive manoeuvres, while engagement at military, diplomatic and political level is in progress, it said.

On Monday, it was the PLA troops who were attempting to close-in with “one of our forward positions along the LAC and when dissuaded by own troops, PLA troops fired a few rounds in the air in an attempt to intimidate own troops”.

However, “despite the grave provocation, own troops exercised great restraint and behaved in a mature and responsible manner,” it said.

Further, it said the Army is committed to maintaining peace and tranquility, however is also determined to protect national integrity and sovereignty at all costs.

“The statement by the Western Theatre Command is an attempt to mislead their domestic and international audience,” it added.

On Monday night, China has claimed that Indian soldiers fired warning shots after crossing the Line of Actual Control.

“The Chinese border guards were forced to take countermeasures to stabilise the situation,” a spokesperson of the People's Liberation Army has said.

A spokesperson of the People's Liberation Army said the Indian army “illegally crossed the LAC and entered the south bank of Pangong Lake and the Shenpao mountain area”.

Calling it a "serious provocation of a very bad nature", China said, "We request the Indian side to immediately stop dangerous actions".

Twice over the last two weeks, Chinese troops had engaged in provocative action in the south bank of Ladakh's Pangong Lake. But India was able to “prevent these attempts to unilaterally alter the status quo” at the LAC, the Foreign Ministry had said, underscoring that there were no physical clashes.