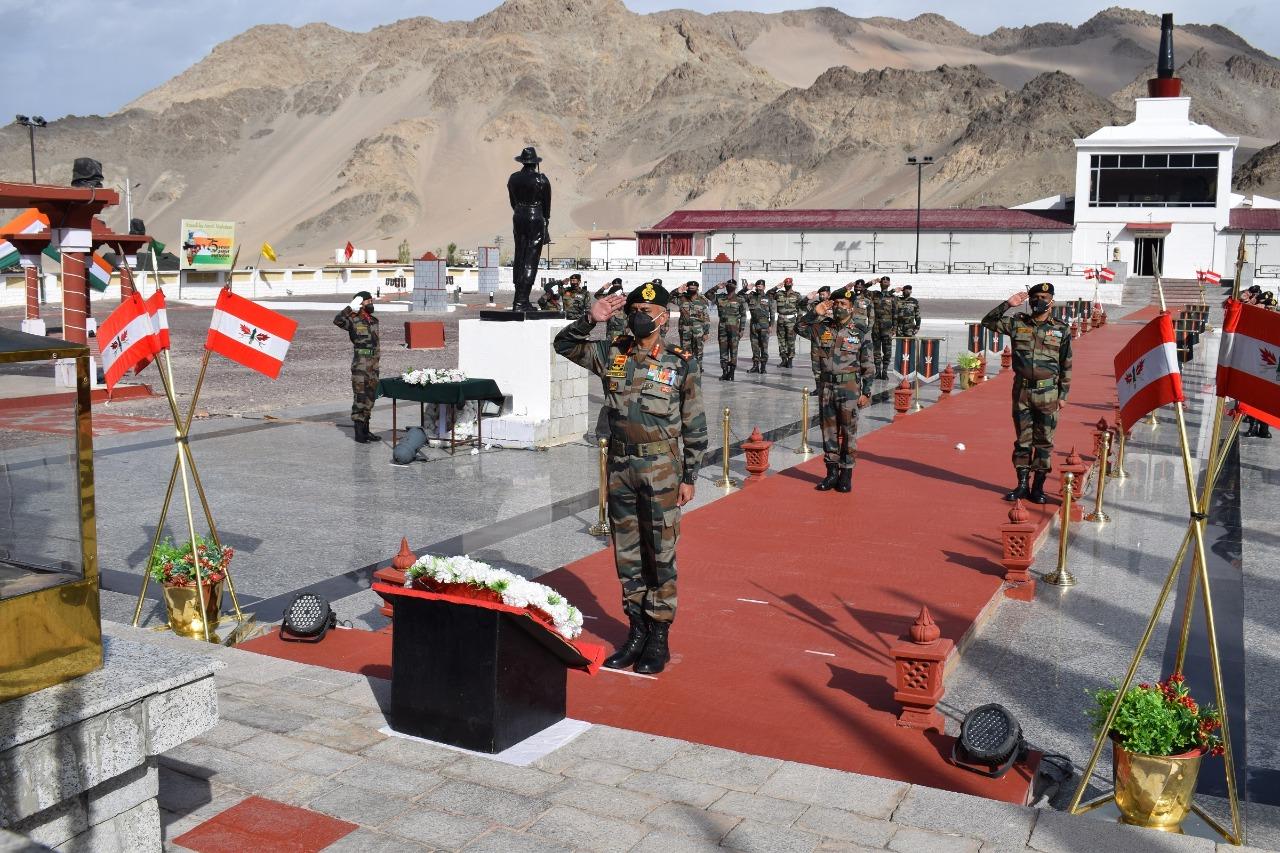 New Delhi: Indian Army’s Fire and Fury Corps on Wednesday celebrated its 22nd Raising Day at Leh, with a solemn Wreath Laying ceremony at Leh War Memorial, to honour the brave soldiers who made the supreme sacrifice during various operations in Ladakh.

It was on September 1, 1999, in the aftermath of Kargil War, that this elite Corps was raised.

Since its raising, the Corps has successfully ensured sanctity of both, the Line of Control with Pakistan and Line of Actual Control with China while maintaining eternal vigil at some of the highest battlefields in  the world including the Siachen Glacier.

The Corps since its raising has been instrumental in development of infrastructure in Ladakh for common use of the Army and civilians, thereby promoting development in Ladakh.

The Corps has stood steadfast with the people of Ladakh in times of natural calamities, providing assistance and support in relief, rescue and rebuilding of infrastructure.

On the auspicious occasion of the Raising Day of the Corps, all ranks once again pledged to defend our borders with their blood and reaffirmed their wholehearted support to the people of Ladakh.