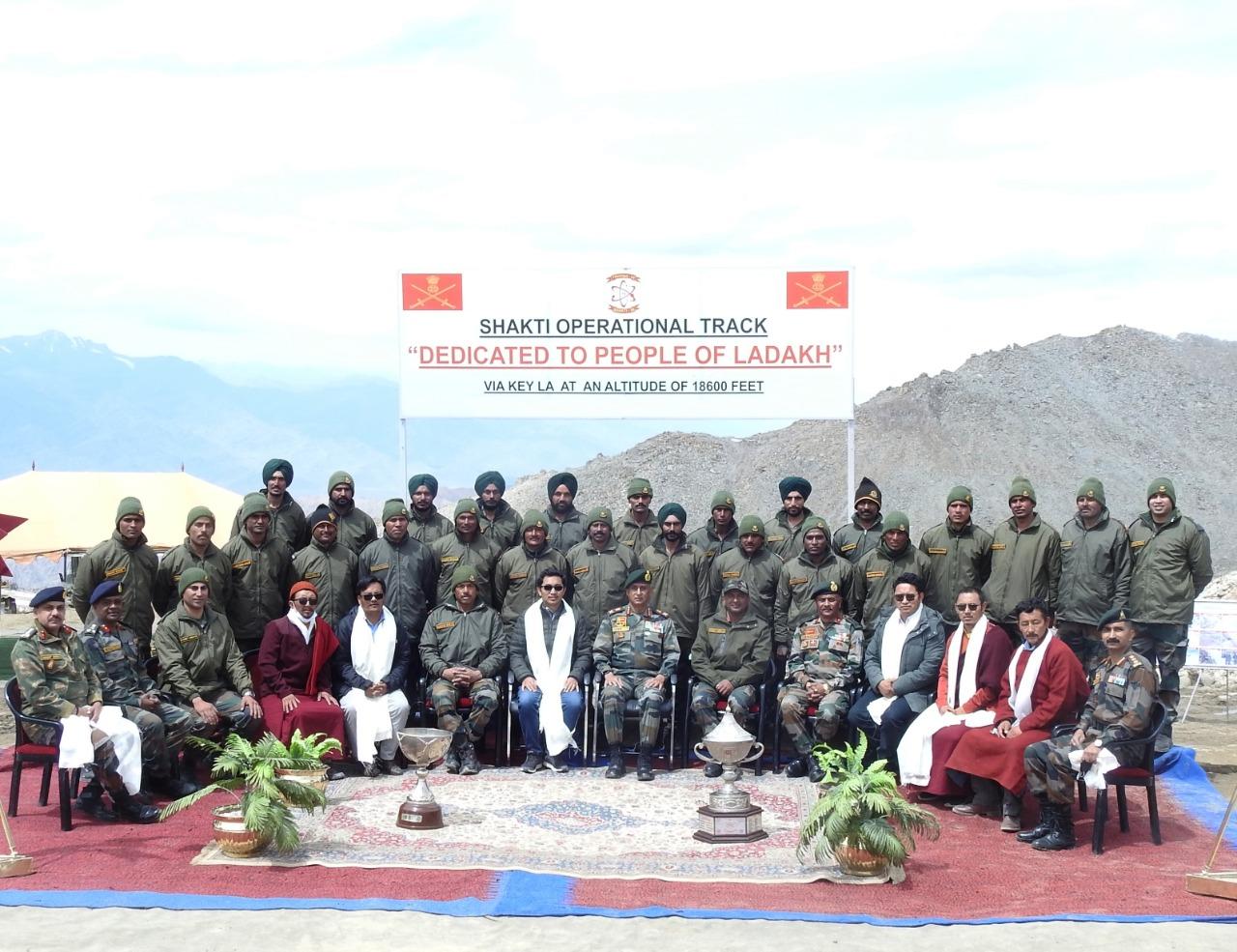 Srinagar: Indian Army’s Fire and Fury Corps has constructed a 30-Km track, on the Ladakh Range, at an altitude of 18600 feet in Ladakh region.

The Corps is committed to partnering the People of Ladakh in development of border areas, an official said.

The track will serve as an alternative to the road across Chang La and will enhance defence preparedness in Eastern Ladakh while connecting isolated villages to Leh.

This track was planned and constructed by the Engineer Regiments of Fire and Fury Corps and follows a shorter alignment, than the existing road to Tangtse, which traverses the formidable Chang La and will result in considerable reduction in travel time across the Ladakh range.

The new track was inaugurated by Jamyang Tsering Namgyal,  MP of  Ladakh (UT) in the presence of Lt Gen PGK Menon, GOC, Fire and Fury Corps and local citizens on August 31.