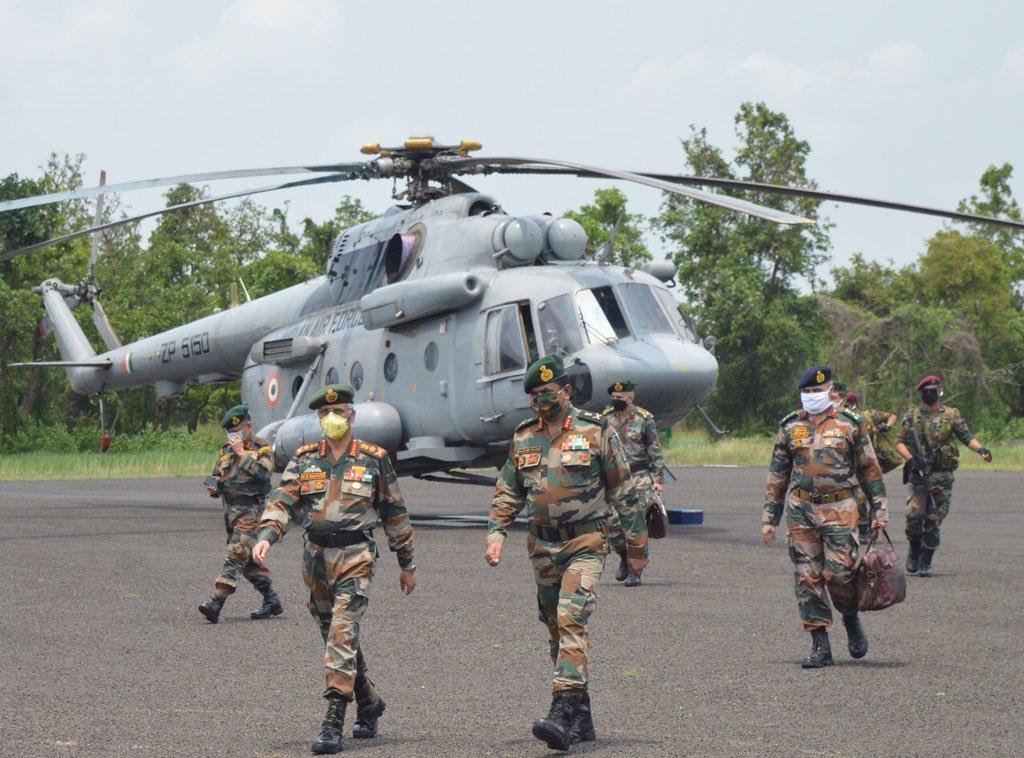 Kolkata: Indian Army Chief General MM Naravane visited various field formations in Eastern India from May 4 to May 5 May, which included Sukna, Binnaguri and Panagarh.

During his two days visit, the Chief of Army Staff was briefed in detail by the formation commanders on the operational readiness of the formations and other important training and logistics issues, an Indian Army PRO said.

The Chief of Army Staff interacted extensively with the troops deployed on ground and took stock of the situation along the borders.

During his visit he also inspected various facilities set up by Indian Army in its effort to contribute significantly to the nation's fight against COVID-19.

He complimented the high state of operational preparedness as well as training standards and exhorted all ranks to continue the good work in these difficult times.