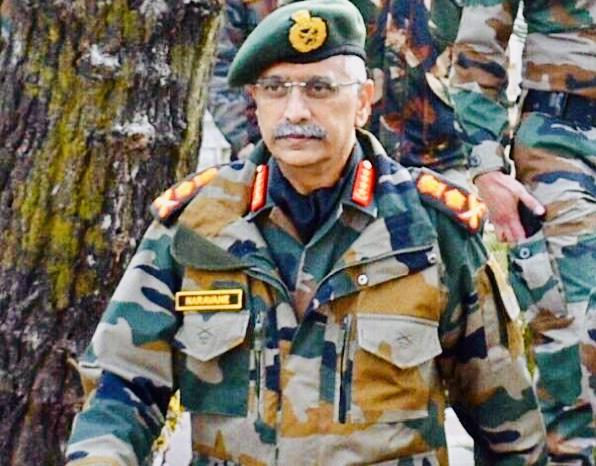 New Delhi: Amidst the heightened military tensions with China after Indian soldiers occupied heights on the southern bank of Pangong Ts under Chushul sector, Indian Army chief General MM Naravane on Thursday landed in Ladakh on a two-day trip to review  the latest operational situation.

Sources in the army said, “The chief has arrived in Ladakh early this morning to take stock of the operational situation.”

India had on Tuesday said the Chinese side resorted to aggression on Monday at the south bank of the Pangong Tso along the Line of Actual Control (LAC) even as commander-level talks were on to resolve the fresh face-off.

“On August 31, even as the ground commanders of the two sides were in discussions to de-escalate the situation, the Chinese troops again engaged in provocative action. Due to the timely defensive action, the Indian side was able to prevent these attempts to unilaterally alter the status quo,” Ministry of External Affairs spokesperson Anurag Srivastava had said.

India has consolidated its position by occupying the heights on the southern bank of the Pangong Tso.

“It was a preemptive move after we observed Chinese movement towards the area accompanied with the heavy machinery to create infrastructure,” sources said.

The third brigade commander-level meeting on Wednesday was inconclusive with China accusing India of entering Chinese territory, an allegation the Indian side rejected.

India and China have been engaged into border standoff along the Line of Actual Control (LAC) in eastern Ladakh since early May. It has even led to a violent clash between troops of the two countries in the Galwan valley on June 15, wherein 20 Indian soldiers were killed. Chinese side also suffered a massive casualties but they have yet not disclose the figure.