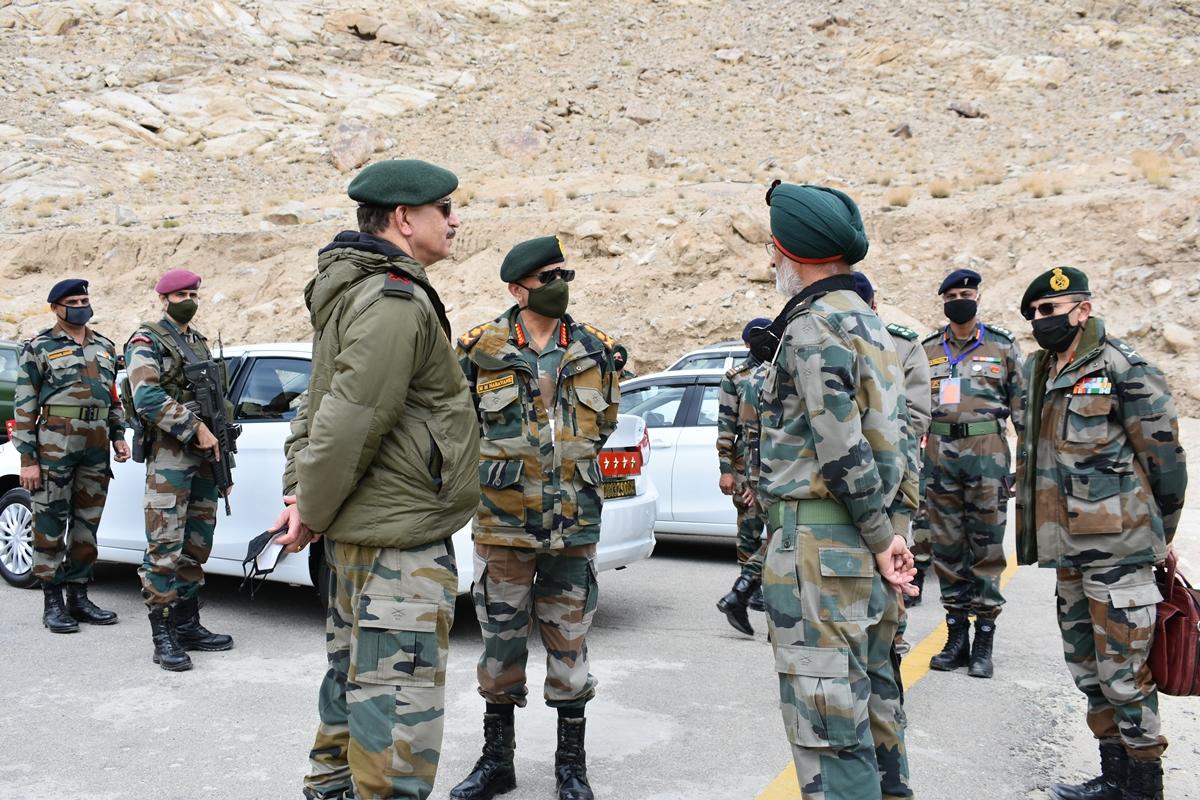 New Delhi: Amid the simmering border row with Chinese troops in eastern Ladakh, Indian Army chief Gen MM Naravane on Friday urged all ranks to remain vigilant and maintain a high order of operational readiness in the region.

The chief, who was on a 2-day visit to Ladakh, concluded his trip on Friday by undertaking the firsthand assessment of the situation along the Line of Actual Control (LAC).

Gen Naravane appreciated their high morale and standards of professionalism exhibited by the units in safeguarding own territorial integrity.

Later, at Leh, Northern Army Commander Lt Gen YK Joshi and  Fire and Fury Corps commander Lt Gen Harinder Singh briefed him on the state of operational preparedness and on the logistics arrangements for sustenance of forces in winters.

The chief expressed satisfaction on the efforts being made to ensure operational effectiveness and capability enhancement of the forces.

It was his first visit to Ladakh after troops of India and China engaged into fresh faceoff at south bank of Pangong Tso in eastern Ladakh on August 29-30 night.

So far, the chief has visited fourth times since the border standoff between two forces erupted in early May.