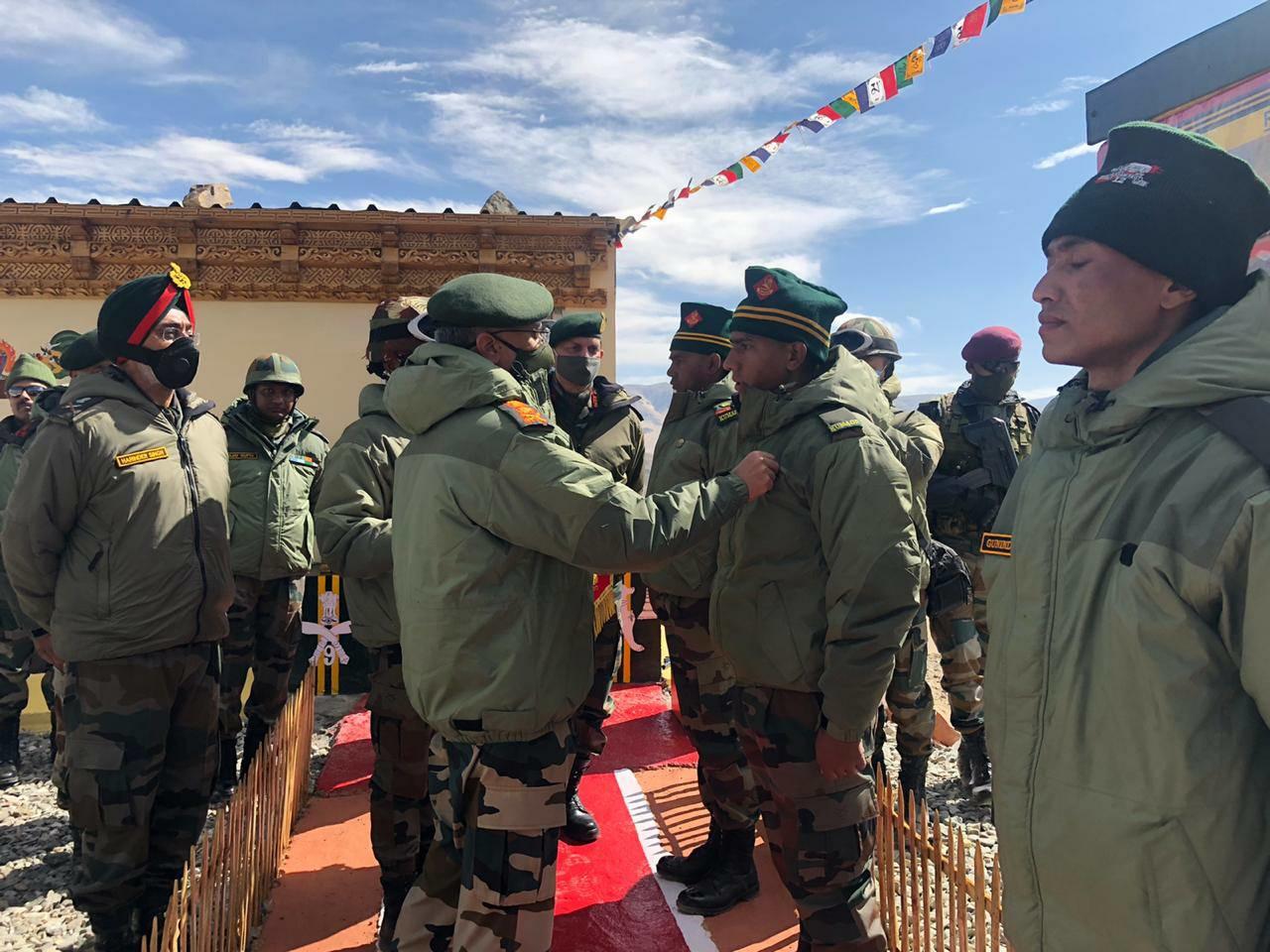 The two-day visit of the Army chief holds significance as it comes a week after 20 Indian Army personnel were killed in a brutal assault by the Chinese military in Galwan valley, which further escalated the border tension.

An Army official said that the chief on Wednesday visited forward areas in Eastern Ladakh and reviewed the operational situation on the ground.

Gen Naravane commended the troops for their high morale and exhorted them to continue working with zeal and enthusiasm.

General MM Naravane #COAS visited forward areas in Eastern #Ladakh and reviewed operational situation on the ground. #COAS commended the troops for their high morale and exhorted them to continue working with zeal and enthusiasm.#NationFirst pic.twitter.com/gc0rmw69Fs

A Defence Ministry spokesperson said that the Army chief arrived at the Fire and Fury Corps here on a two-day visit on Tuesday. “The Army chief – accompanied by Lieutenant General YK Joshi, general officer commanding-in-chief, Northern Command and Lieutenant General Harinder Singh, general officer commanding of Fire and Fury Corps – immediately on arrival, visited the Army Hospital at Leh and interacted with the patients on Tuesday,” he said.

During his visit, the chief awarded commendation cards to soldiers involved in the face off in Galwan valley.

He said Gen Naravane complimented all ranks for their high standard of professionalism and dedication to duty. The Army chief urged them to continue to discharge their duties with the same dedication and zeal.

On Tuesday, the Jamyang Tsering Namgyal, member of Parliament of Ladakh met Gen Naravane at the Hall of Fame at Leh.