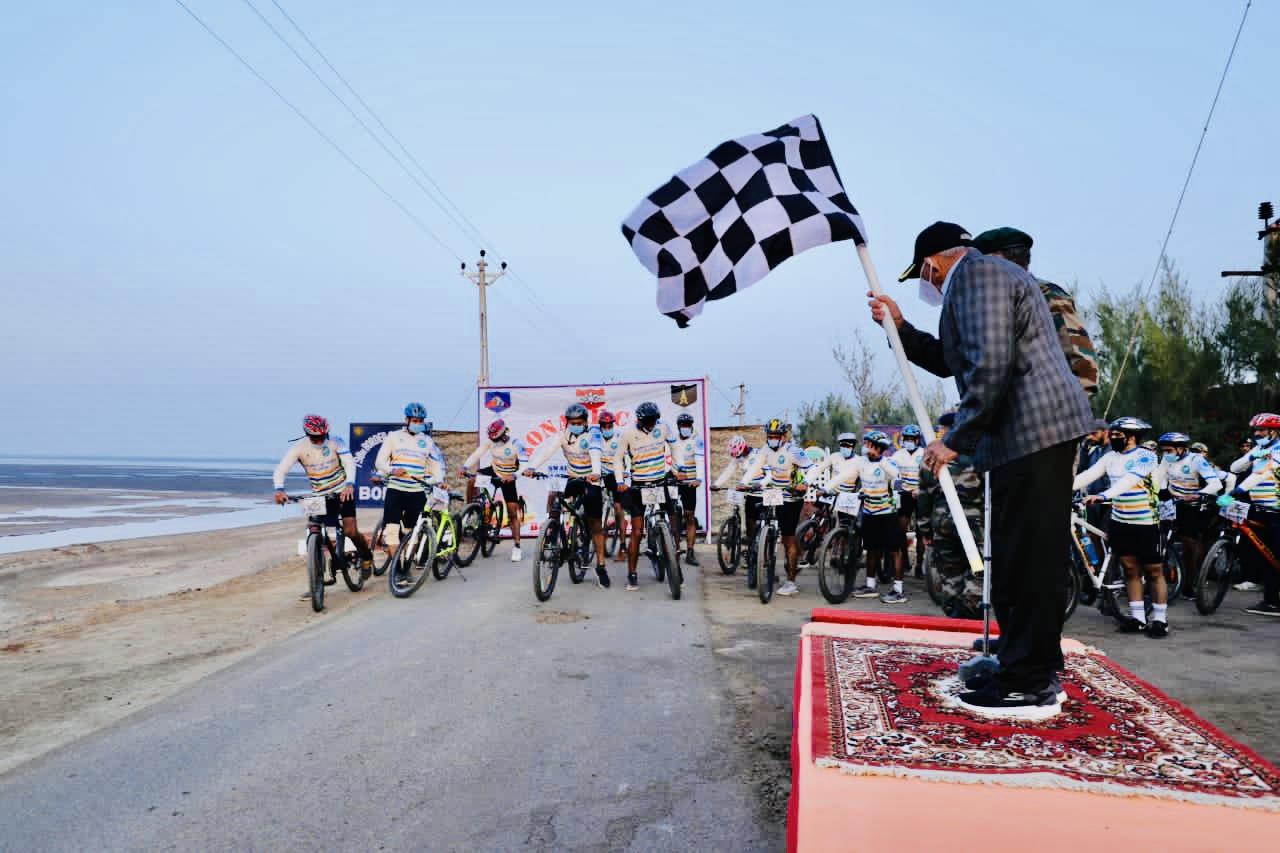 New Delhi: Jodhpur-headquartered Indian Army’s Konark Corps has commenced a 1971 Kms ‘Swarnim Vijay Varsh Cyclothon’ to commemorate the Golden Jubilee Victory Celebrations and to pay homage to the sacrifices made by the soldiers during the 1971 war.

The cyclothon has been steered across Gujarat and Rajasthan.

The Cyclothon will be undertaken by the relay teams of 20 participants each of the various Army Formations across the two states, an official said.

The expedition was flagged off  on Thursday from a Outpost near Lakhpat by Honorary Captain Gumansinh Jhala, an 87 year old war veteran who had participated in both Indo-Pak wars of 1965 & 1971, then serving with 7 Grenadiers.

During this leg, the team traversed through the vast expanse of Kutch, cycling a distance of 200 Kilometers across Hajipir, Khavda and culminated at Bhuj.

Meanwhile as part of commencement of the ‘Swarnim Vijay Varsh’ an Ex-Servicemen Outreach Program was organized by Bald Eagle Brigade at Bhuj.

Sonal M Gadhvi, a Veer Naari from Madhapar, Bhuj presently teaching at Army Public School, wife of Late Naik Mansingh Rajde Gadhvi of Mahar Regiment who made the supreme sacrifice while serving in Operation Rakshak in year 2004, was felicitated during the Outreach Camp by Commander of Bald Eagle Brigade.

The commencement of the Swarnim Vijay Varsh Celebrations will foster team spirit, adventurous and bold outlook and improve morale and robustness of all elements of Armed Forces, the official said.