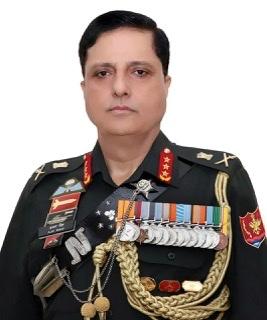 Lt Gen Singh joined Armoured Corps in 1983 due to his family tradition and have had volunteer tenures in Counter Insurgency in the Kashmir Valley and on the China border in Sikkim.

In 1998, he was selected to go to Angola as a United Nations Military observer. He also volunteered for a tenure with the Infantry on the Siachen Glacier.

He had also qualified on the Mountain Adventure as well as Advance Mountain Warfare courses at the High Altitude Warfare School, Sonamarg. The General officer had participated in Operation Vijay (Kargil) and Operation Meghdoot (Siachen) as an Infantry Rifle Company Commander.

Andaman and Nicobar Command is the only tri service operational Command which is a sensitive geographical geo-political time. The military as well civil infrastructures are being augmented in an effort to keep an eye on Chinese activities in the Indian Ocean Region.

Lt Gen Pande was commissioned into the Corps of Engineers in 1982. He is an alumnus of the National Defence Academy.

He is superannuating on Monday. He is being succeeded by Lt Gen Manoj Pande.

Before taking over as the Eastern Army Commander last year, Lt Gen Chauhan was the Director General of Military Operations (DGMO).

He was one of the main architects of ‘Operation Sunrise’, wherein Indian Army and Myanmar Army conducted joint operation against the insurgent groups operating near the border areas.