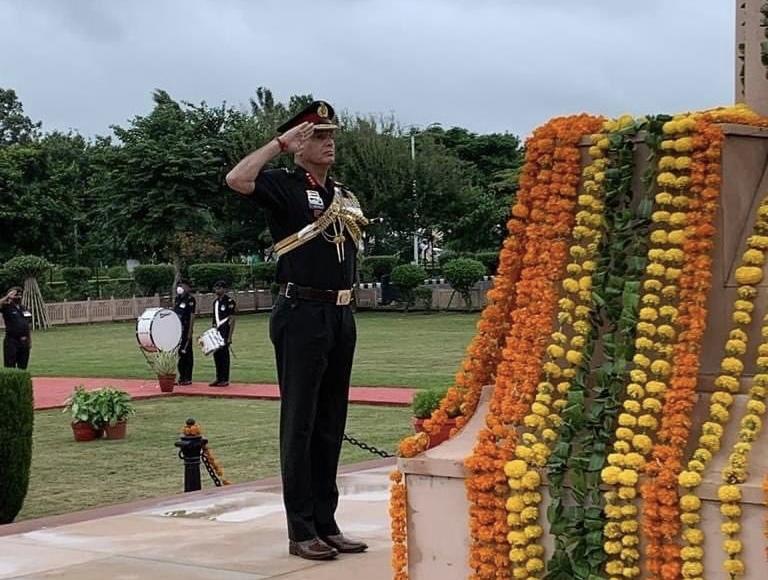 Bhopal: Lieutenant General Dhiraj Seth has assumed the command of Bhopal based Strike Corps on Saturday. He is alumnus of National Defence Academy, Khadakwasla and commissioned in to Armoured Corps in December 1986.

- He has commanded a Armoured regiment, Armoured Brigade and a Counter Insurgency Force.

- He has done a tenure with United Nations Angola Verification Mission III from 1995 - 96 as operations officer.

- He has excelled in all courses and awarded with prestigious awards and medals in various courses.

- He was awarded 'Silver Centurion' in the Young Officers course.

- He was awarded 'Best all round' student at the prestigious Defence Services Staff College, Wellington.

- The General Officer has attended the prestigious Defence Services Command and Gen Staff Course at Military College, Paris, France, and is an alumini of Higher Command Course at Mhow and the National Defence College at New Delhi. He has also qualified on the International Defence Acquisition Management Course at Naval Postgraduate School, Monterrey, California, USA.

- He has been an Instructor and assistant adjutant at National Defence Academy and Colonel Instructor at School of Armoured Warfare, Armoured Corps Centre & School, Ahmednagar.