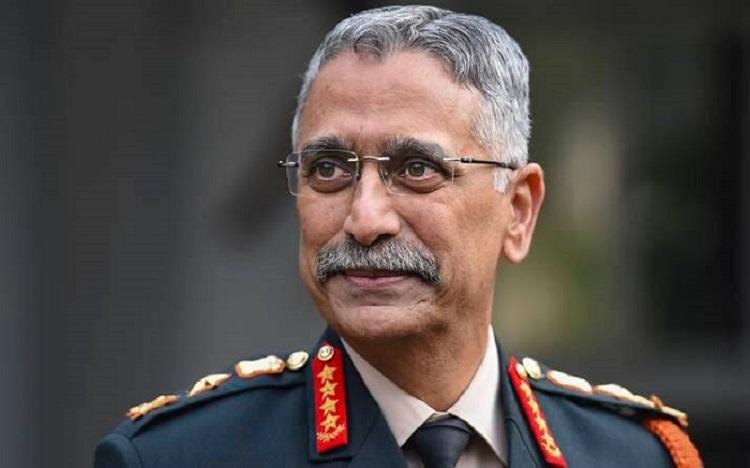 New Delhi: Indian Army chief Gen MM Naravane on Tuesday said that his Nepal visit will go a long way in strengthening the bonds of friendship between two Armies.

Gen Naravane will reach in Nepal on Wednesday on a three-day crucial visit.

‘‘I am delighted to be visiting Nepal on their kind invitation, and to meet my counterpart General Purna Chandra Thapa, Chief of the Army Staff of the Nepali Army. I am sure this visit will go a long way in strengthening the bonds of friendship that the two Armies Cherish,’’ Gen Naravane said before leaving for Nepal.

His visit is largely aimed at resetting relations with the Himalayan nation after the ties came under severe strain following a bitter border row.

‘‘I am also grateful for the opportunity to call on the Rt. Hon'ble Prime Minister of Nepal. It is going to be a great honour for me to be conferred the honorary rank of General of the Nepali Army by the Rt. Hon'ble President of Nepal. I am looking forward eagerly to this visit,’’ he said.

Gen Naravane will pay homage at the martyrs’ memorial at the Army Pavilion on Thursday morning and receive a guard of honour at the Nepal Army headquarters, according to Nepal Army sources.

He will hold formal talks with his Nepalese counterpart at the Nepal Army headquarters on Thursday.

The Indian Army chief will also gift an ambulance and medical equipment for a mobile field hospital to be operated by the Nepal Army.

He will also hold interaction with senior officials at the Nepal Army headquarters.

In the afternoon, the Indian Army chief will be conferred with the honorary rank of General of Nepal Army by President Bidya Devi Bhandari amidst a special ceremony at Rashtrapati Bhavan.

He will also pay a courtesy call on President Bhandari after the ceremony. Gen Naravane will attend a dinner reception hosted by Nepal Army chief at Nepal Army headquarters.

The chief will address the student officers at the Army Command and Staff College at Shivapuri, in the outskirts of Kathmandu on Friday morning.

In the afternoon, he will meet Prime Minister and Defence Minister K.P Sharma Oli at the Prime Minister's Official Residence at Baluwatar before wrapping up his visit.