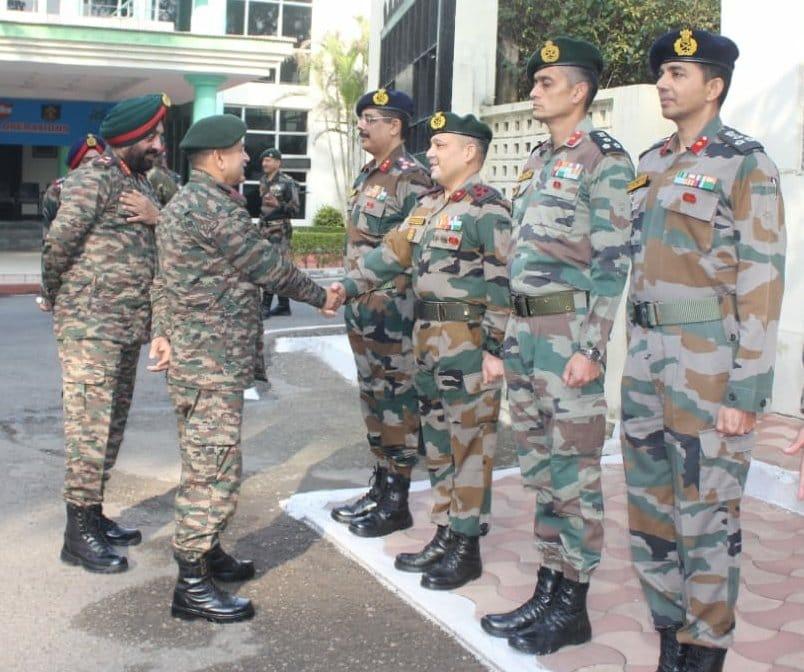 This was the maiden visit of the Northern Army Commander to White Knight Corps after taking over the command of Northern Command.

Subsequent to the briefing, the Army Commander expressed his satisfaction and confidence in White Knight Corps to successfully meet all challenges at any given time.

The Army Commander interacted with senior officers of the Corps Headquarter and appreciated the ongoing efforts made by all personnel of the Corps towards ensuring security and stability in the region.

He lauded the efforts towards upliftment of the youth and the special efforts made towards empowerment of women under various projects of Operation Sadbhavana.