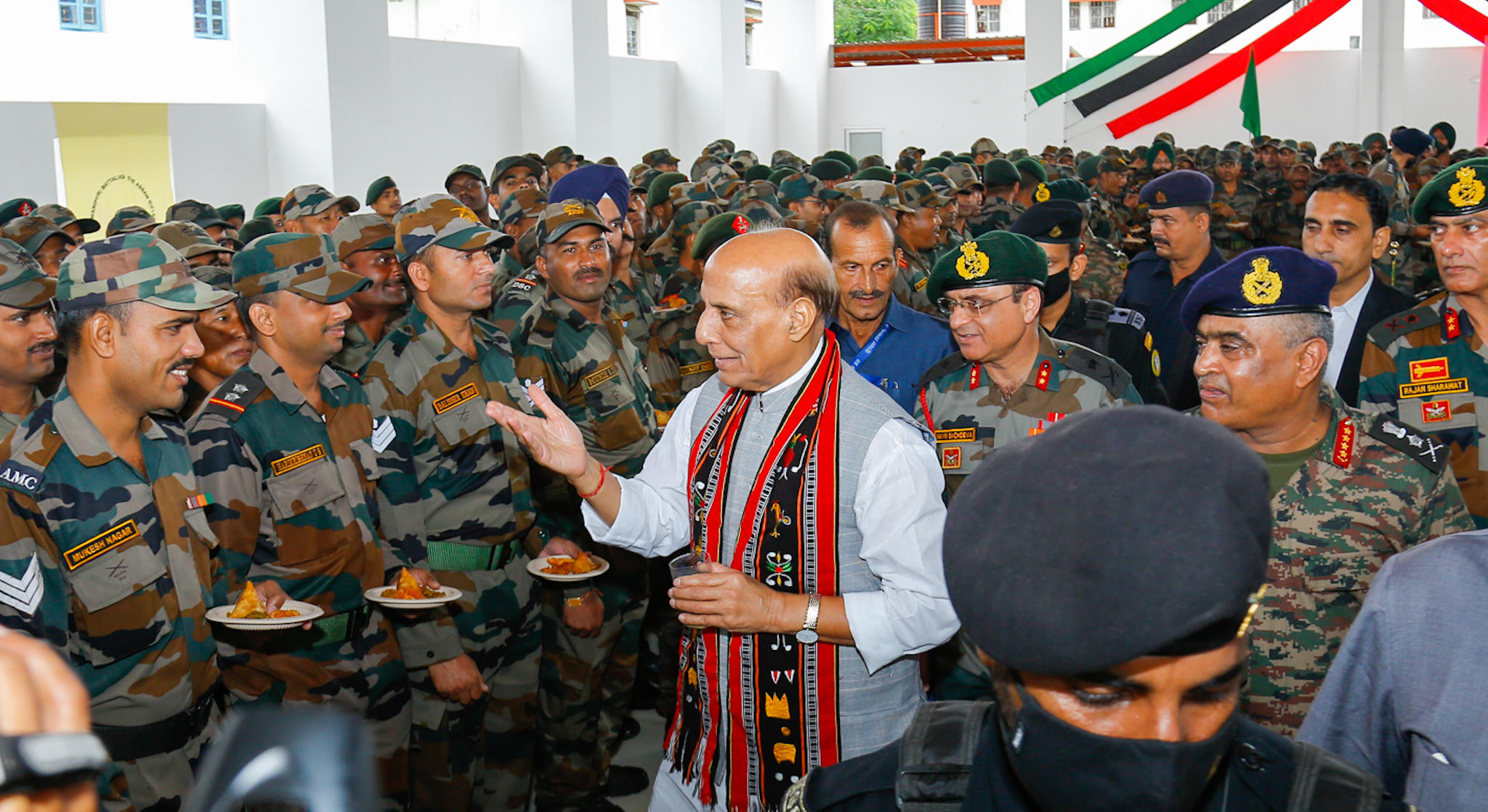 During the visit, the Raksha Mantri was briefed about the counter-insurgency as well as border management operations on Indo-Myanmar border to maintain peace and tranquility in the region.

Addressing the personnel, Rajnath Singh appreciated the officers and soldiers for performing their duty with courage and conviction despite challenges posed by terrain & weather and improving the security situation in Manipur. It’s a matter of great pride to stand amongst the Indian Army and Assam Rifles troops, he said.

The Raksha Mantri lauded the contribution of Red Shield Division ever since its raising be it in 1971 war, as part of IPKF in Sri Lanka or in its present role. 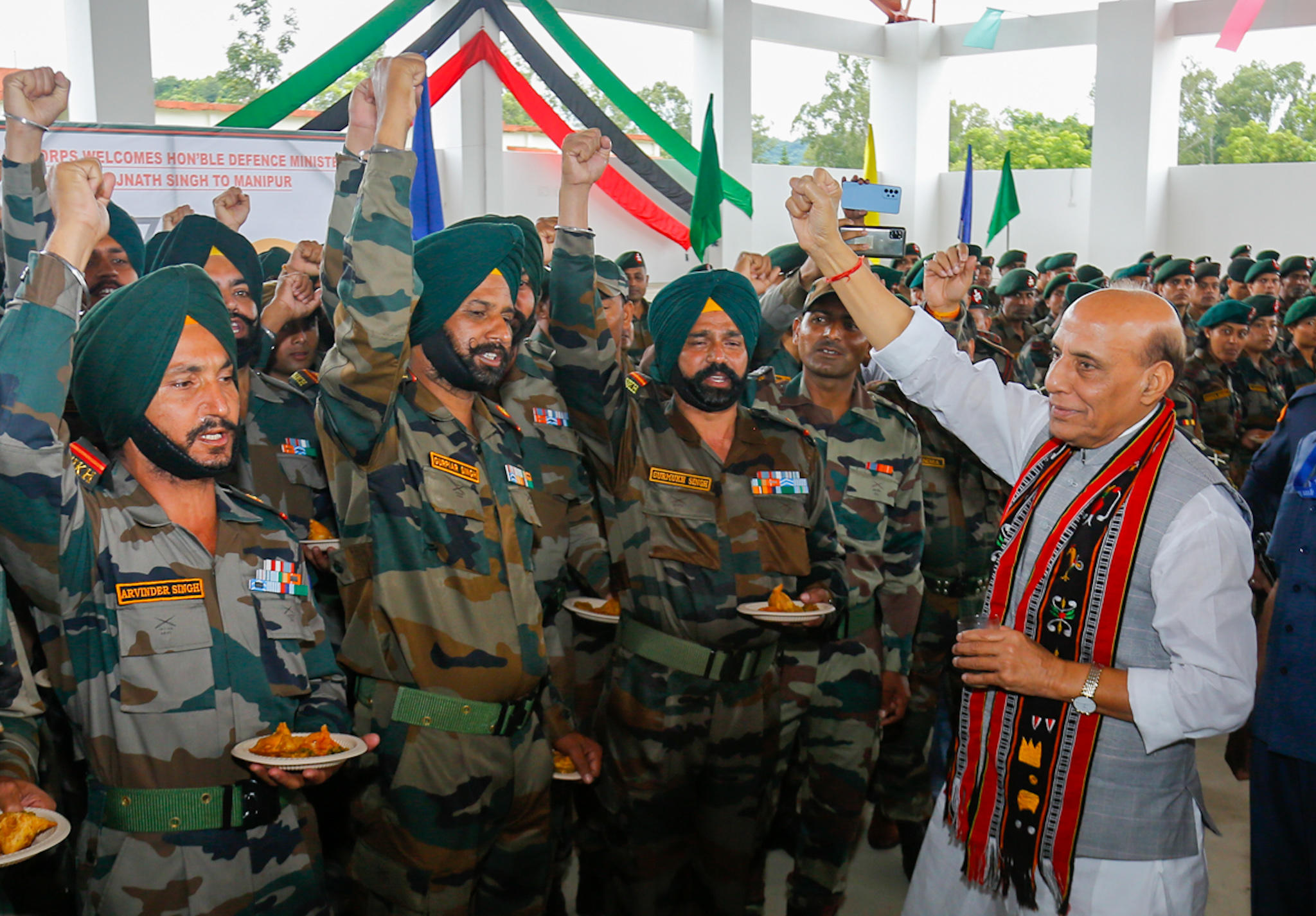 He commended the stellar role of Assam Rifles in the last seven decades and their immense contribution in internal security, securing Indo-Myanmar border and key role in bringing North East into the national mainstream.

“For this reason, you are called ‘Friends of the North East People’ and ‘Sentinels of North East’,” he stated.

Rajnath Singh exhorted the forces to keep the National Flag high through unflinching dedication, asserting that the Nation can achieve absolute potential only when its borders are safe.

More than 1,000 troops of Red Shield Division and Assam Rifles took part in the interaction with the Raksha Mantri.