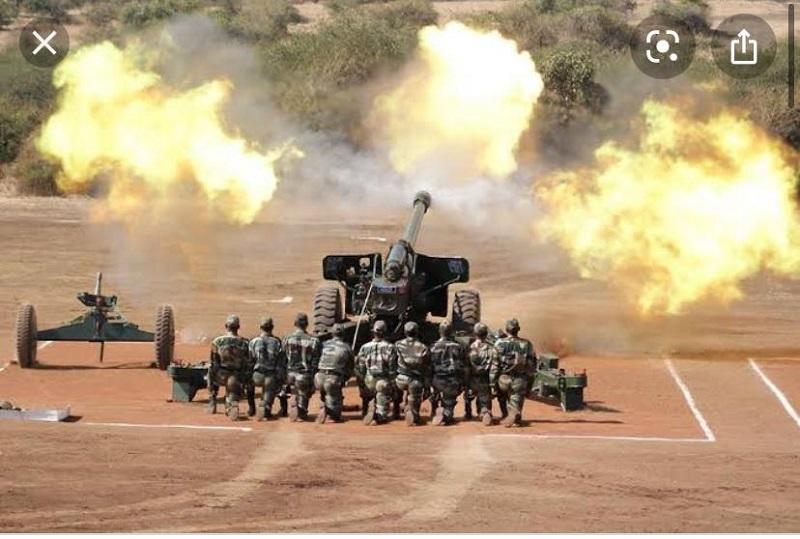 New Delhi: The Regiment of Artillery of the Indian Army on Monday celebrated its 193rd Gunners Day.

It is observed to mark the raising of Five (Bombay) Mountain Battery equipped with 2.5-inch guns on this day in 1827.

The Regiment is the second largest arm of the Indian Army with a wide variety of weapons and equipment.

On the occasion, Director General Artillery, Lt Gen K Ravi Prasad, complimented all ranks for their dedication and good work and urged them to maintain highest state of preparedness at all times.

The evolution of gunners from manning huge ornate cannons to its present level of sophistication, alongwith their indomitable spirit, gallantry and exemplary professionalism is a unique distinction which makes the gunner fraternity a proud identity in the Indian Army, an Indian Army official said here on Monday.

On this day in 1827, a Battery of Bombay Artillery was raised as the 8th Company of the Golandaz Battalion, Bombay Foot Artillery.

During the World War I, there were 12 Batteries of Artillery which were awarded as many as 37 ‘Battle Honours’.

During the period of Second World War, 66 regiments were raised which included Anti-Tank, Anti Aircraft, Survey and Coastal units. Indian Artillery also earned an imposing tally of battle honours and awards during the war.

Hav Umrao Singh was awarded the Victoria Cross for his exemplary valour.

Post-Independence, Artillery participated in Jammu and Kashmir operations in 1947-48 in which a composite infantry company was raised from troops of two Artillery Regiments.

During 1962 operations the gunners responded to the call of duty with gusto and took the guns to the Bum La Pass.

In 1965 operation, they excelled in all theatres from the deserts of Ladakh in the North to the expanse of Thar in the West while in 1971 War, the operations threw several challenges for the Regiment of Artillery which were dealt with tremendous resolve and professionalism.

Contribution of Artillery in Operation Meghdoot and Pawan reflect the grit and determination of Gunners. During Operation Vijay, in the most inhospitable terrain of Kargil, Artillery unleashed its massive fire power to annihilate the enemy.

In counter insurgency environment also they have excelled in combating the scourge of militancy in all spheres and won number of gallantry awards including one Ashoka Chakra.

Presently the artillery fire power capability is witnessing an exponential increase with the induction of K9 Vajra, M777-ULH, Dhanush, Sharang and ATAGS.

The Gun Systems, Rockets and missiles of Regiment of Artillery dominating the strategic domain deters our adversaries from undertaking any misadventure.

Over the years the Regiment of Artillery has grown into a modern arm with proud traditions and heritage, he said.