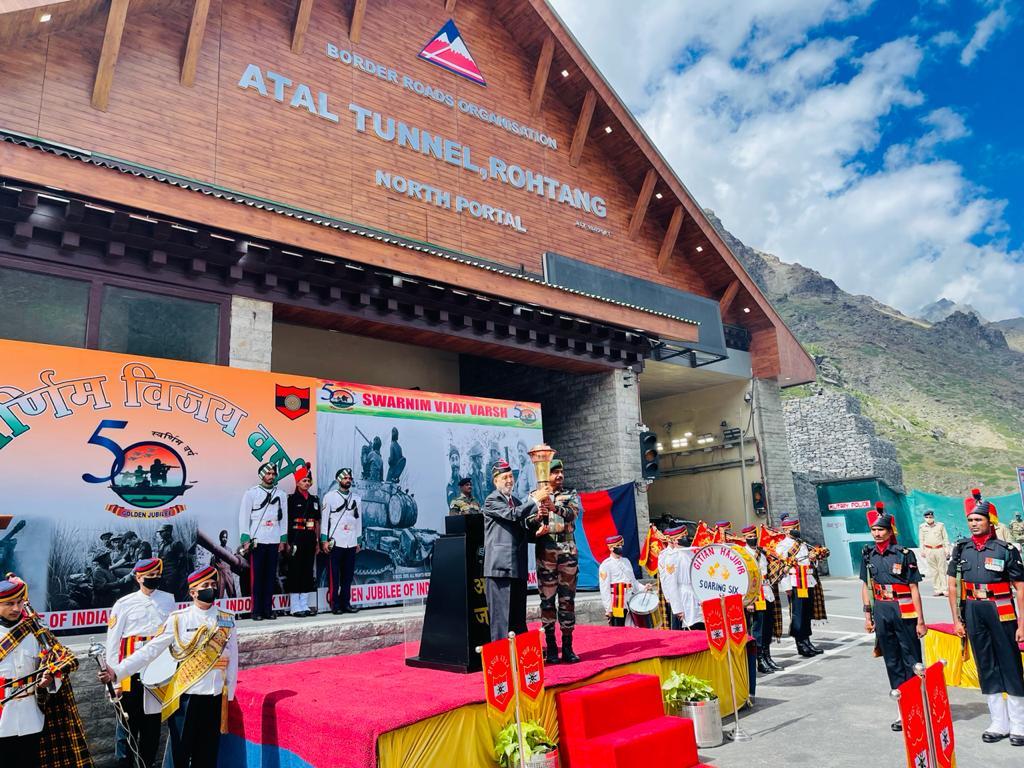 Jammu: The "Victory Flame" which symbolises the 50 years of India's victory over Pakistan in 1971 war reached Manali, today.

The "Victory Flame" which is a part of Swarnim Vijay Varsh celebrations was received by Lt Gen PN Ananthanarayanan, General Officer Commanding, Rising Star Corps at North Portal of Atal Tunnel at Rohtang. 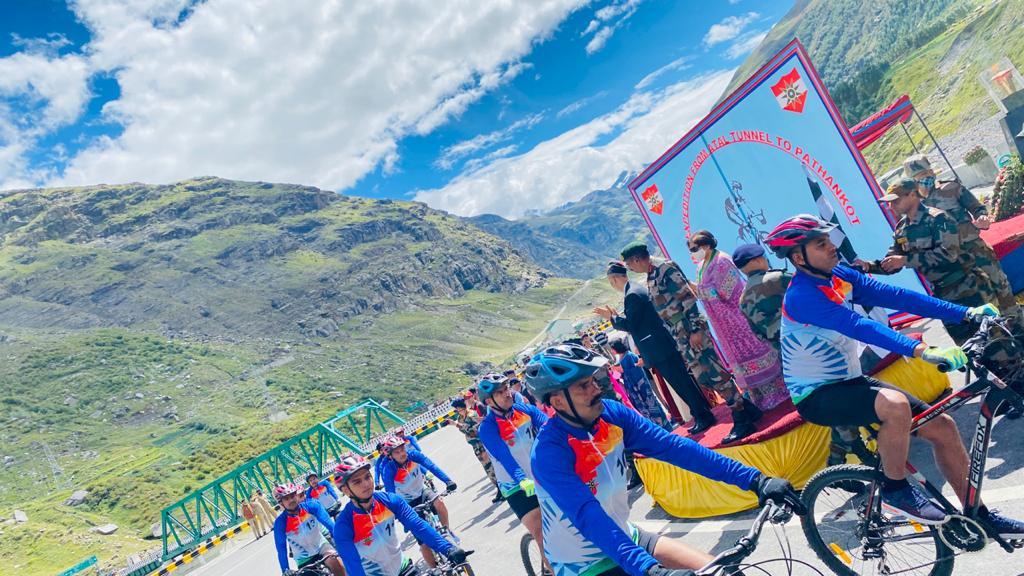 The distinguished guests laid wreaths and rich tributes and homage paid by all veterans and serving soldiers to the valiant war heroes for their sacrifices which led to the creation of Bangladesh in 1971 War.

On the ocassion, a 16 days 'Cycling Expedition' was flagged off from Atal Tunnel to Pathankot being undertaken by Pathankot Sub Area.

Later, the "Victory Flame" was brought to Transit Camp, Palchan where other events like screening of Documentary on 1971 War, cultural programme showcasing traditional folk dances of Kullu, Lahaul & Spiti were displayed. 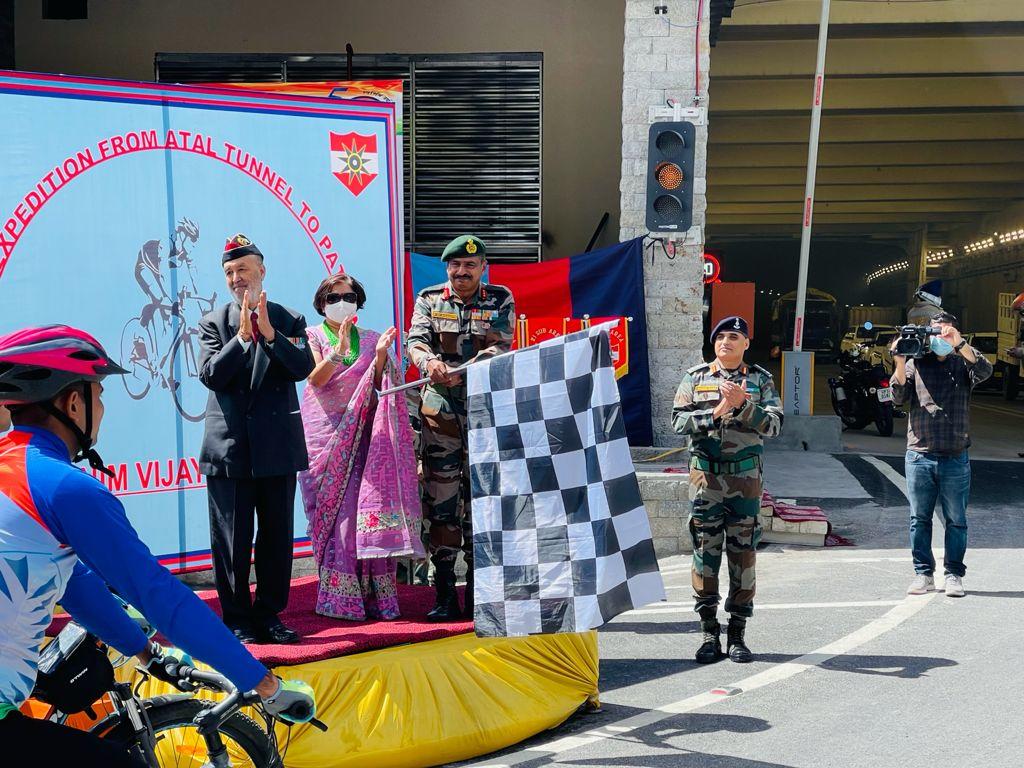