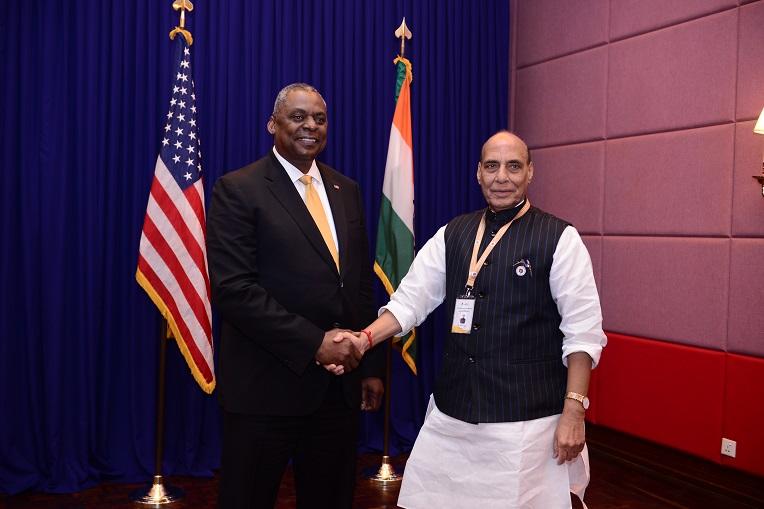 The two leaders are in Cambodia to attend the 9th ASEAN Defence Ministers’ Meeting (ADMM) Plus meeting.

During their meeting, the two ministers discussed wide range of issues of mutual interests, including regional, global among others.

Rajnath Singh emphasised the need for both countries to work together for capability building in critical domains such as military aviation, artificial intelligence and cyber technology.

The minister looked forward to building a roadmap towards greater defence industrial collaboration between India and US.

Rajnath Singh highlighted India’s growing expertise in aircraft Maintenance, Repair and Overhaul (MRO) and ship-building, repairs and refits and suggested specific areas where US defence companies can look for technology cooperation and manufacturing opportunities with Indian partners in India.

Secretary Austin welcomed the suggestions and assured him of cooperation in this regard.

The two leaders expressed their commitment towards an inclusive and rules-based Indo Pacific with freedom of navigation, over-flight and unimpeded trade.

They further discussed initiatives that can be taken to strengthen maritime cooperation between the two countries including in maritime domain awareness.

Both leaders also shared their perspectives on the regional security situation.