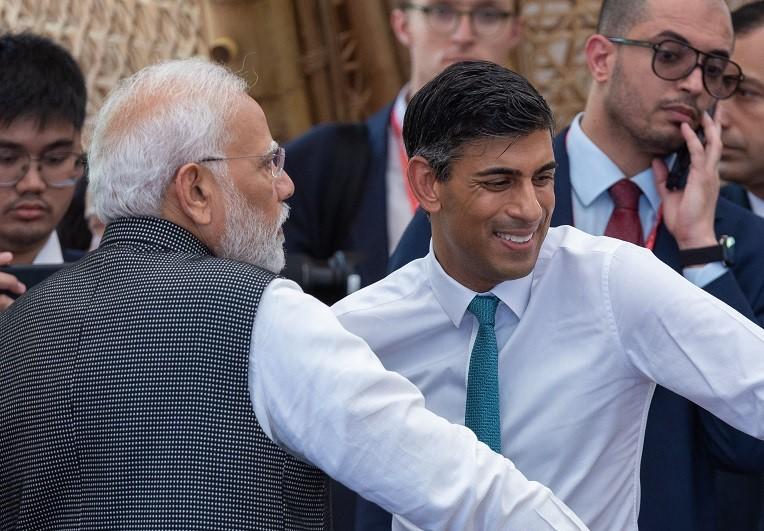 New Delhi: Prime Minister Narendra Modi and his United Kingdom counterpart Rishi Sunak on Wednesday held their first meeting and agreed on the enduring importance of the UK-India relationship, and of the living bridge between two countries.

The two leaders discussed the range of areas where the UK and India are working increasingly closely and have the opportunity to further develop the links, including defence and security.

The leaders looked forward to the agreement of a UK-India free trade deal, which has the potential to unlock investment and increase jobs in both countries, as well as expanding our deep cultural links.

The two prime ministers agreed that the UK and India’s shared values, not least our commitment to democracy, are a huge asset in international forums like the G20 and the Commonwealth.

Mr Sunak welcomed the opportunity to work together on challenges like ending the war in Ukraine and tackling climate change under India’s presidency of the G20 next year.