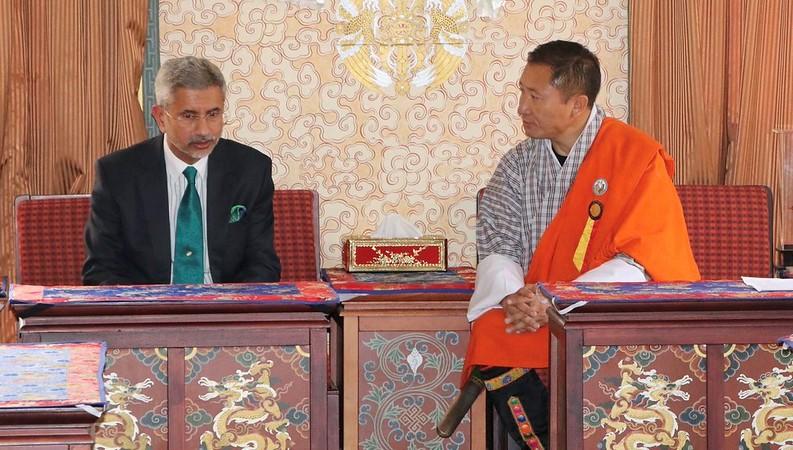 New Delhi: India and Bhutan on Monday signed a pact for the construction of the 600 MW Kholongchhu project, their first hydropowerjoint venture project in Bhutan’s less developed eastern region of Trashiyangtse.

“The signing of the concession agreement will lead to commencement of construction and other works of this first Joint Venture Hydroelectric Project between India and Bhutan. The project is expected to be completed in the second half of 2025,” it said.

The 600 MW run-of-the-river project is located on the lower course of the Kholongchhu River in Trashiyangtse district in eastern Bhutan.

The project envisages an underground powerhouse of four 150 MW turbines with water impounded by a concrete gravity dam of 95 metres height, the MEA said.

Both Jaishankar and his Bhutanese counterpart emphasised the importance of hydropower development as an important pillar of mutually beneficial bilateral economic cooperation.

They also recalled the trust, cooperation and mutual respect that have long characterised the unique and special friendship, anchored in mutual understanding and reinforced by a shared cultural heritage and strong people to people links between India and Bhutan, the statement said.

Bhutan Economic Affairs Minister Loknath Sharma, and senior government officials including foreign secretaries of India and Bhutan, secretary (power), Government of India, ambassador of India to Bhutan and ambassador of Bhutan to India were also present at the signing ceremony held through videoconferencing, the MEA said.

The hydropower sector is the flagship area of India-Bhutan bilateral cooperation, it said.

The 720 MW Mangdechhu hydroelectric project was jointly inaugurated earlier in August 2019 by the prime ministers of India and Bhutan.

With this, four hydroelectric projects of bilateral cooperation (336 MW Chukha HEP, 60 MW Kurichhu HEP, 1,020 MW Tala HEP and 720 MW Mangdechhu HEP), totalling over 2,100 MW, are already operational in Bhutan, according to the MEA.