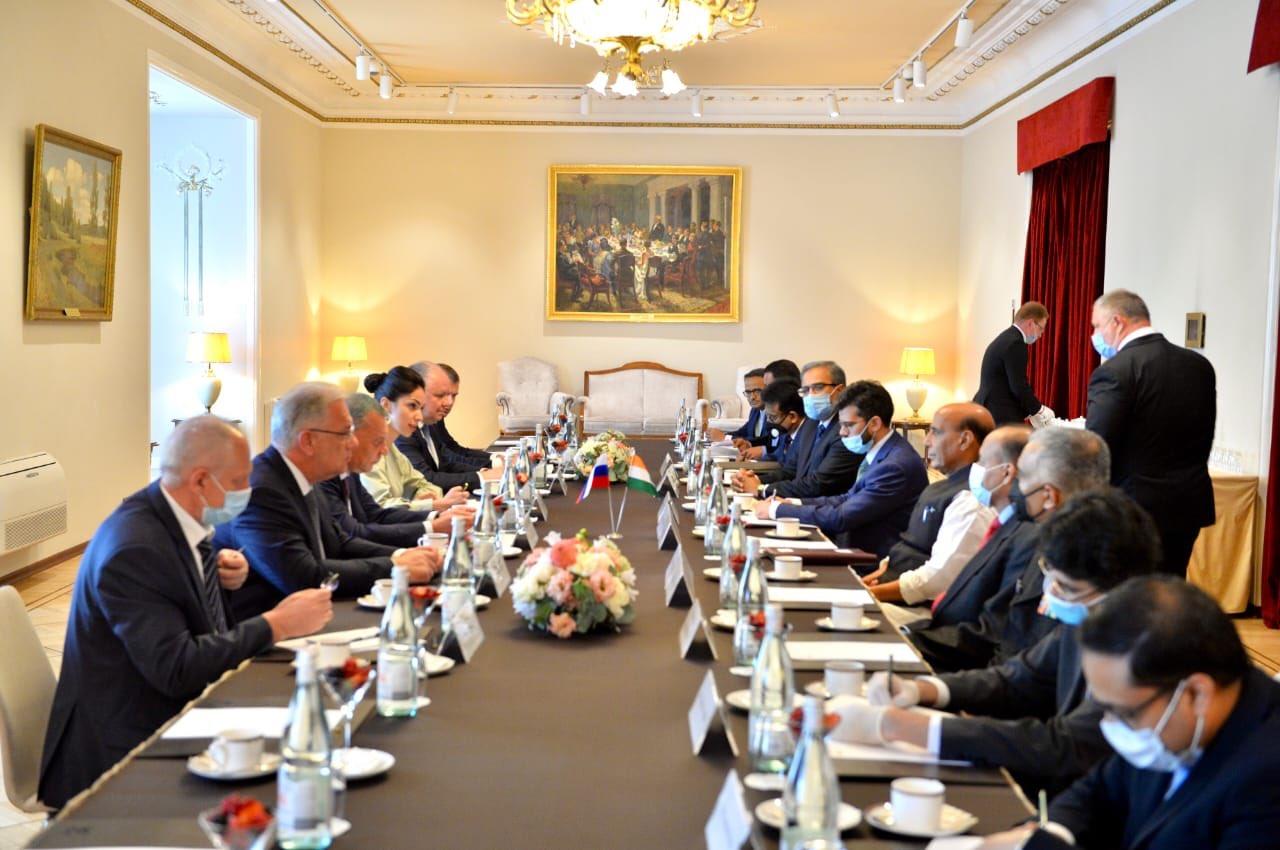 Moscow: Amid ongoing border standoff along the Line of Actual Control (LAC) in Eastern Ladakh with China, Russia on Tuesday assured India that ongoing defence contracts will be maintained and taken forward in a shorter time.

The assurance from the Russian side was given to Defence Minister Rajnath Singh who is on an official visit to Russia to attend the 75th anniversary of Victory Day parade marking the victory in the Second World War.

Describing India-Russia relations as one of “Special and Privileged Strategic Partnership'', Mr Singh said, during his meetings with Russian Deputy Prime Minister Yury Borisov, that India's defence relationship with Russia is one of its important pillars.

“I had an opportunity to review our defence relationship with Deputy Prime Minister Yury Borisov and I thank him for the honour for visiting me in this hotel, despite the restrictions of the pandemic. My discussions were very positive and productive. I have been assured that ongoing contracts will be maintained and not just maintained, in a number of cases will be taken forward in a shorter time. All our proposals have received positive response from the Russian side. I am fully satisfied with my discussions,'' Mr. Singh said during his interaction with the media here.

India & Russia enjoy Special and Privileged Strategic Partnership and defence relationship is one of its important pillars.

We reviewed our defence cooperation and discussed ways to expand it. pic.twitter.com/tkTCOnIEDx

He noted that the 75th Anniversary of Victory Day Parade is a most auspicious occasion for Russia and the whole world. “As we remember and pay tribute to the immense sacrifice of the Russian people for victory in the Second World War,'' he said.

Mr Singh recalled that  Indian soldiers had participated in the war effort in the millions and suffered immense casualties. Many of them were part of the war efforts to provide assistance to the Soviet Army. “Therefore, it is a great honor that an Indian Military contingent will be marching in the Red Square Wednesday. This is a sign of everlasting friendship between the armed forces of both our countries,'' he said.

The Defence Minister said that his visit to Moscow is the first foreign visit from India of an official delegation after the COVID pandemic.

“This is a sign of our special friendship. Despite all the difficulties of the pandemic, our bilateral relations are keeping good contacts at the various levels. We look forward to the visit of President of the Russian Federation Vladimir Putin to India at the invitation of Prime Minister Narendra Modi, later this year,'' he said.

“Our mutual interests are solid and we look to future cooperation in the spirit of our special friendship,'' he said.