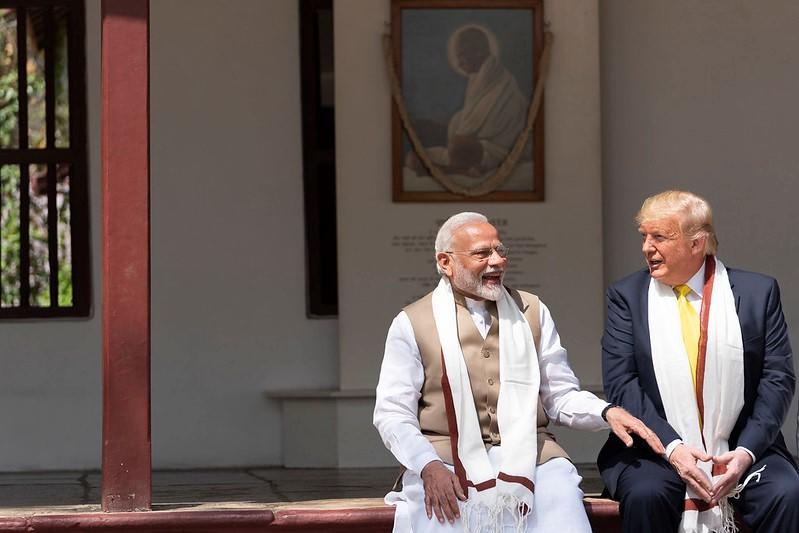 New Delhi: Amid standoff between the troops of India and China in the Eastern Ladakh areas, Prime Minister Narendra Modi had a telephone conversation with United States of America President Donald Trump on Tuesday and discussed on a range of issues including tussle at borders with the neighbouring country and need to reform the World Health Organisation (WHO).

It is pertinent to mention here that few days back the US President had offered to mediate and arbitrate in border issues but both India and China had turned down his offer, citing no third party is required in this issue.

The Indian and Chinese soldiers are in eyeball to eyeball situation in the areas of Ladakh. However, military and diplomatic channels are on to defuse the tensions on the borders.

During their telephonic interaction, President Trump informed Mr Modi about the US Presidency of the Group of Seven and conveyed his desire to expand the ambit of the grouping beyond the existing membership, to include other important countries including India.

“In this context, he extended an invitation to Prime Minister Modi to attend the next G-7 Summit to be held in US,” the Ministry of External Affairs (MEA) said in a statement.

“Prime Minister Modi commended President Trump for his creative and far-sighted approach, acknowledging the fact that such an expanded forum would be in keeping with the emerging realities of the post-COVID world,” it added.

The prime minister said that India would be happy to work with the US and other countries to ensure the success of the proposed Summit.

Prime Minister Modi expressed concern regarding the ongoing civil disturbances in the US, and conveyed his best wishes for an early resolution of the situation.

Widespread protests have raged all over the United States following the murder of African American George Floyd at the hands of a police officer in Minneapolis, Minnesota on May 25, starting with Minneapolis. Protesters have attacked and vandalised stores as well as police property.

“The two leaders also exchanged views on other topical issues, such as the COVID-19 situation in the two countries, the situation on the India-China border, and the need for reforms in the World Health Organisation,” the MEA said.

During their conversation, President Trump warmly recalled his visit to India in February this year.

Mr Modi said that the visit had been memorable and historic on many accounts, and had also added new dynamism to the bilateral relationship.