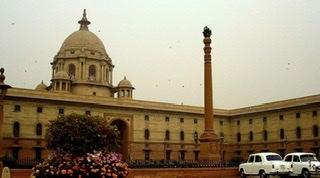 New Delhi: Days after a US Congressional report cautioned that New Delhi's purchase of the Russian-made S-400 air defence system may trigger American sanctions, India on Friday said that it has always pursued an independent foreign policy that also applies to its defence acquisitions and supplies.

Prepared for the members of the US Congress for them to take informed decisions, the report said, "India's multi-billion dollar deal to purchase the Russian-made S-400 air defence system may trigger US sanctions on India under the Countering America''s Adversaries Through Sanctions Act."

Asked about its reaction, Ministry of EXternal Affairs spokesperson Anurag Srivastava  at the virtual press briefing said India and the US have a comprehensive global strategic partnership.

"India has a special and privileged strategic partnership with Russia. India has always pursued an independent foreign policy," he said, adding that this also applies to "our defence acquisitions and supplies which are guided by our national security interests".

Meanwhile, to another question on Canadian leader Ramandeep Brar being reportedly seen supporting the farmers' protests at Delhi borders and if it amounted to violation of visa norms, Mr Srivastava said, "We have noted these reports and we are ascertaining these facts."

On Nepal's political developments, he said this was Nepal's internal matter and as a neighbour and well-wisher, India will continue to support Nepalese people in moving ahead on the path of peace, prosperity and development.

To another question on a social media claim that the Centre has removed the column of nationality on passports, the MEA spokesperson said this is "absolutely incorrect" and in all categories of travel documents issued by the government, the nationality column has been kept and there has been no change.

On the beginning of India's two-year tenure at the UN Security Council as a non-Permanent Member and becoming the chair of the Taliban Sanctions Committee, he said during its tenure in the UNSC, India will be guided by a commitment to promote responsible and inclusive solutions to international peace and security, a new orientation for a reformed multilateral system and a world view anchored in ethos of ''Vasudhaiva Kutumbakam''.

"With regard to Afghanistan, India and Afghanistan as contiguous neighbours share a natural historical relationship. Our strategic partnership and long-term commitment to the development of Afghanistan reflects this time-tested partnership," he said.

India has invested heavily in peace and development in Afghanistan and supports all efforts to bring peace and stability there, Mr Srivastava said.

"Our position on the peace process has also been articulated. The peace process must be Afghan-led, Afghan-owned and Afghan-controlled. As an important stakeholder, we look forward to working towards a peaceful, prosperous, sovereign, democratic and united Afghanistan," he said.

At the briefing, Mr Srivastava also gave an update on the Vande Bharat Mission, pointing out that its phase nine has been made operational since January 1, 2021.

"This phase would involve operating 1,495 international flights from 24 countries to facilitate the return of an estimated 2.8 lakh people. As on January 6, 2021, 261 of these flights have already been operated, facilitating the return of an estimated 49,000 people from 19 countries," he said.
This brings the total number of people who have been facilitated through different modes of the mission since it started in May 2020 amid the coronavirus pandemic to more than 44.7 lakh, the MEA spokesperson said.

Make-in-India Covid vaccine takes off to Myanmar, Seychelles and Mauritius

India calls for introspection within UNSC