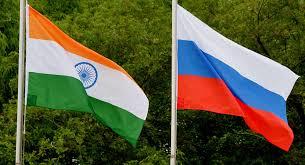 Indian Foreign Secretary Harsh Vardhan Shringla and Russian Deputy Foreign Minister Igor Morgulov held a telephonic conversation today that inter alia covered high-level exchanges between both sides; forthcoming calendar of high-level meetings in the framework of BRICS and SCO; and interactions and meetings at various levels preparatory to the India-Russia Summit later in the year, the external affairs ministry said in a statement.

Russia has proposed SCO Foreign Ministers meet in Moscow on September 10, the meet will also see the participation of Pakistan and China.