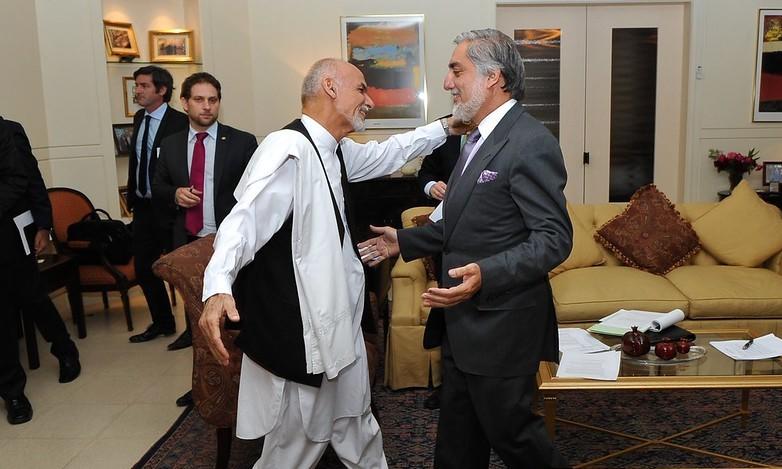 New Delhi: Welcoming the political agreement between Afghan President Ashraf Ghani and his rival Abdullah Abdullah on power-sharing and creation of the High Council of National Reconciliation in the country, India on Sunday expressed hope that the move will result in renewed efforts for establishing enduring peace and stability and put an end to externally sponsored terrorism and violence.

As per an official statement from the Ministry of External Affairs said, “India hopes the Political Agreement and creation of the High Council of National Reconciliation will result in renewed efforts for establishing enduring peace and stability and putting an end to externally sponsored terrorism and violence."

The ministry also said that India has consistently supported inclusive governance, national unity, strong institutions, Constitutional order, rights of all sections of society and the territorial integrity of Afghanistan.

"The continuing and enhanced violence and terror in Afghanistan is a matter of deep concern. India calls for an immediate ceasefire and assistance to the people of Afghanistan to deal with the humanitarian situation arising from COVID-19," it added.

The statement comes in the wake of a peace deal signed between President of Afghanistan Ashraf Ghani and his rival Abdullah Abdullah that will allow power-sharing between the two, ending a long power dispute.

As per the deal, Mr Ghani will remain the President of the country while Abdullah will lead peace negotiations with the Taliban as well as appoint half of the country’s cabinet ministers.

The political breakthrough comes at a time when the country is battling with violence that saw dozens of people killed in attacks last week.

The US-Taliban pact was signed on 29 February. No other details of the Ghani-Abdullah pact were specified.

No talks between PM Modi and Trump on India-China face-off: Sources

Pratibha Parkar appointed as next Indian envoy to Angola