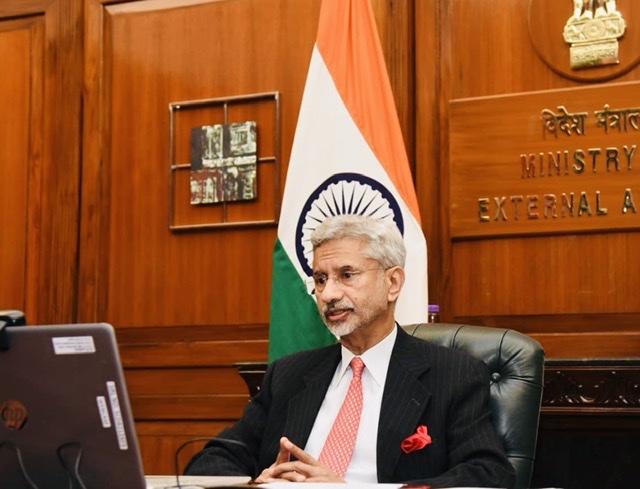 New Delhi: External affairs minister S Jaishankar on Friday said that Indo-Pacific was an indication of a future not a throwback to the past and only those harbouring a cold war mindset will see such intentions.

Addressing a global town hall event via video-conferencing, Mr. Jaishankar said, “Indo-Pacific is also a rejection of spheres of influence and all that this may imply. It is a reiteration that the world cannot be frozen for the benefit of a few, even if that is the case with the United Nations.”

His remarks come in the backdrop of China’s increasing military muscle-flexing in the region which has become a major talking point among leading global powers.

He also said that there has been a growing recognition of the logic of the Indo-Pacific in recent times.

The ASEAN’s Outlook on Indo-Pacific was a notable step, the minister said.

“Apart from the nations of the larger region, we have also seen Germany, France and the Netherlands subscribe to this approach. The need of the day is to give it a practical shape. This can be done by plurilateral diplomatic consultations such as the Quad. Or, it can be furthered in a structured fashion by the Indo-Pacific Oceans Initiative that India tabled at the East Asia Summit in 2019,” Mr Jaishankar said.

“It is natural that we will see different ideas and suggestions in interplay and harmonizing them is very much part of the pluralistic political culture that many of us support,” Mr Jaishankar said.

“From any objective viewpoint, the Indo-Pacific is a more contemporary description of current reality. Such a landscape actually creates an ethos for greater cooperation, one particularly necessary at a time when global goods are in short supply,” he said.

If challenges multiply but capacities do not keep pace, the answer is only in more intensified cooperation. Issues like maritime security, transparent and market-based connectivity or counter-terrorism require such solutions, he added.

Every era produces its own strategic concepts and analytical constructs. The current one is no exception, the minister said, adding that the sharp distinction between the Pacific and Indian Ocean theatres was only made after the Second World War.

On June 1, 2018, Prime Minister Narendra Modi outlined India’s vision for the Indo-Pacific region in his speech delivered at the Shangri La Dialogue in Singapore.

India’s concept of the Indo-Pacific is inclusive in nature, and supports an approach that respects the right to freedom of navigation and overflight for all in the international seas.

Mr. Jaishankar said that it was natural that different ideas and suggestions were at interplay and harmonising them was very much part of the pluralistic political culture that many support.

In India’s case, the Indo-Pacific was a natural extrapolation of its Act East policy that has made China, Japan, South Korea, Indonesia and Australia major economic partners.

In his address, Mr Jaishankar also highlighted India’s effective response to the COVID crisis and its emphasis on global cooperation to deal with global challenges.

Noting that India had responded with determination and discipline to the COVID-19 challenge, he said an economy which did not make ventilators, testing kits, PPEs and N-95 masks, today not only caters to its own needs, but those beyond.

“By setting up more than 15,000 dedicated Covid treatment facilities, we created an infrastructure to respond effectively. A high recovery rate and low case fatality rate speak for themselves, indeed does the social distancing culture and mass adoption of preventive measures,” Mr Jaishankar said.

But, for the world what is more important is the emphasis India has put on global cooperation to deal with global challenges, he said.

Covid-19 created a spike in demand for pharmaceuticals, especially for hydroxychloroquine and paracetamol, and India ramped up production, as it responded to the requirement of others, he said.

“India is deeply involved in many international collaborations and initiatives. Prime Minister Modi has committed to the UN that we will help make vaccines accessible and affordable to all,” Mr Jaishankar said.

He also said that it was revealing that in the midst of a pandemic, Indian diplomacy has put the Indo-Pacific approach into practice and provided assistance to Solomon Islands, Nauru, Papua New Guinea, Kiribati, Tonga, Tuvalu and Palau for procurement of medical equipment and supplies to assist them in their response to Covid-19.