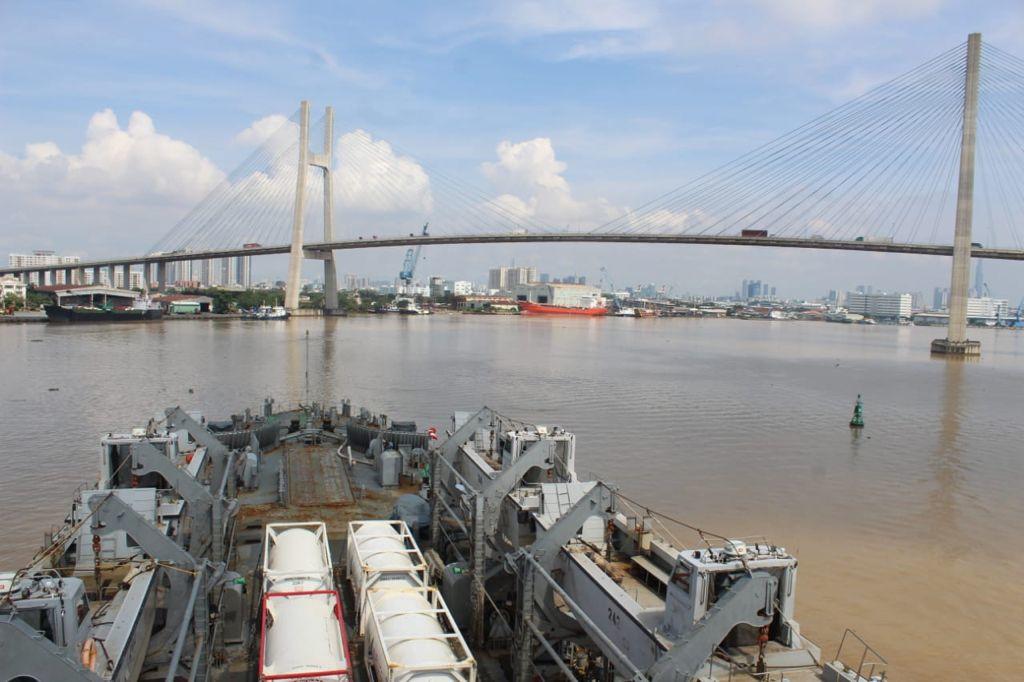 The ship is carrying 100 Metric Tons of Liquid Medical Oxygen in 05 ISO Containers and 300 Oxygen Concentrators of 10 LPM capacity each based on the requirement projected by the Government of Vietnam in its fight against the ongoing Covid-19 pandemic.

INS Airavat, an indigenously built Landing Ship Tank (Large) under the Eastern Naval Command based at Visakhapatnam, is on a deployment to South East Asia for trans-shipment of COVID Relief aid.

The ship had earlier entered Tanjung Priok Port in Jakarta, Indonesia on August 24 and disembarked 10 Liquid Medical Oxygen Containers requested by the Government of Indonesia.

As part of the Government of India’s vision of SAGAR (Security and Growth for All in the Region), the Indian Navy has been proactively engaging with countries in the region and has been at the forefront of numerous humanitarian missions spanning the entire extent of the Indian Ocean including South/ South East Asia and East Africa.

India and Vietnam enjoy a strong traditional bond of friendship and have been working together towards a safer maritime domain.

The two navies cooperate in various areas including a composite training programme in the fields of the submarine, aviation and technical training, and regularly carry out joint naval exercises in the form of bilateral exercises.

The current deployment of the ship aims to further strengthen the strategic relationship.

The ship will depart Ho Chi Minh City post disembarkation of the medical supplies and as part of the ongoing Mission SAGAR continue onwards to deliver medical supplies to other friendly nations in the region.