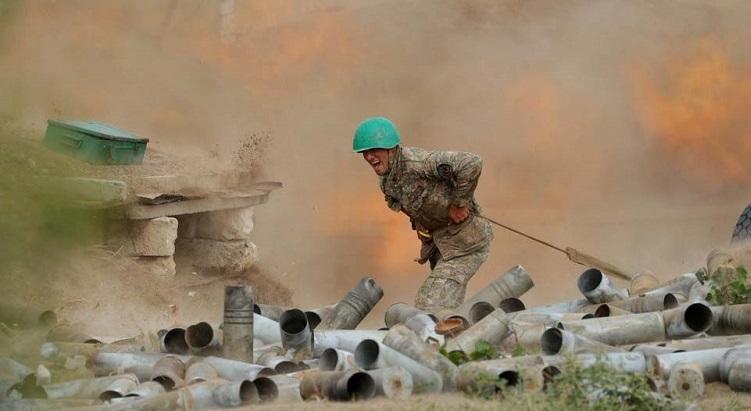 New Delhi: Expressing concern over resumption of hostilities in the Nagarno-Karabakh region of the Armenia-Azerbaijan border, India on Thursday urged them to keep restraint and take all possible steps to maintain peace at the border.

During his virtual weekly press briefing here Ministry of External Affairs Spokesperson Anurag Srivastava said, “We reiterate the need for the sides to cease hostilities immediately, keep restraint and take all possible steps to maintain peace at the border.”

“We have seen disturbing reports of resumption of hostilities in the Nagarno-Karabakh region of the Armenia-Azerbaijan border which took place in the early hours of 27 September 2020 resulting in casualties on both sides,” Mr Srivastava said.

He further added that “India is concerned over this situation which threatens regional peace and security.”

India believes that any lasting resolution of the conflict can only be achieved peacefully through diplomatic negotiations, the spokesperson said.

The OSCE Minsk Group was founded in the early 1990s to try to find a peaceful solution to the Nagorno-Karabakh conflict.

“We support OSCE Minsk Group’s continued efforts for a peaceful resolution of the conflict between Armenia and Azerbaijan,” Mr Srivastava said.

In their statement, Russian President Vladimir Putin, French President Emmanuel Macron and US President Donald Trump called for an “immediate cessation of hostilities”.

“We also call on the leaders of Armenia and Azerbaijan to immediately commit themselves to resume negotiations on the substance of the settlement in good faith and without preconditions,” it said.

Heavy shelling continued into Thursday, and both sides claimed to have inflicted damage.

Azerbaijan's defence ministry said it had carried out “crushing artillery strikes against Armenian forces' positions” throughout the night.

Meanwhile, officials in Nagorno-Karabakh said the situation there was “tense” and fire had been exchanged.