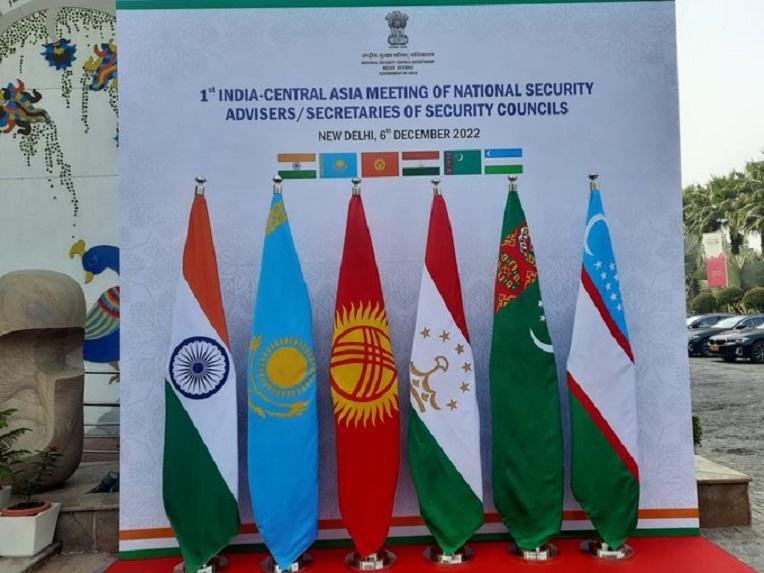 New Delhi: The national security advisers or secretaries of India and Central Asia met for the first time and discussed the ongoing situation in Afghanistan and its impact on the security and stability of the region.

During the meeting, the participants reiterated for strong support for a peaceful, stable and secure Afghanistan, emphasising respect for its sovereignty, unity and territorial integrity and urging non-interference in its internal affairs.

Turkmenistan was represented by their Ambassador in New Delhi.

The members also emphasised that the territory of Afghanistan should not be used for sheltering, training, planning or financing any terrorist acts and reaffirmed the importance of UNSC Resolution 2593 (2021), that no terrorist organisations including those designated by the UNSC Resolution 1267 should be provided sanctuary or allowed to use the territory of Afghanistan.

They also noted the current deteriorating humanitarian situation and the need to jointly act to provide humanitarian assistance to the people of Afghanistan.

All participants condemned in the strongest terms” all forms and manifestations of terrorism and underscored the need to work collectively to fight this menace.

They also agreed that the expansion of terrorist propaganda, recruitment and fundraising efforts have serious security implications for the region and, therefore, a collective and coordinated response is essential.

During the meeting, the member called strongly for the early adoption of the UN Comprehensive Convention on International Terrorism.

The participants also reiterated that greater connectivity could be a force multiplier for enhancing trade and commerce as well as closer interactions between India and Central Asian Countries and accordingly deserved priority attention.

They agreed that connectivity initiatives should be based on the principles of transparency, broad participation, local priorities, financial sustainability and respect for sovereignty and territorial integrity of all countries.

They also discussed about the importance of the Chabahar Port.

They also took note of the increase in trade between India and Central Asian countries through the Shaheed Baheshti Terminal, Chabahar Port and discussed further development of this transport corridor. The participants supported India's proposal to include the Chabahar port within the framework of INSTC.