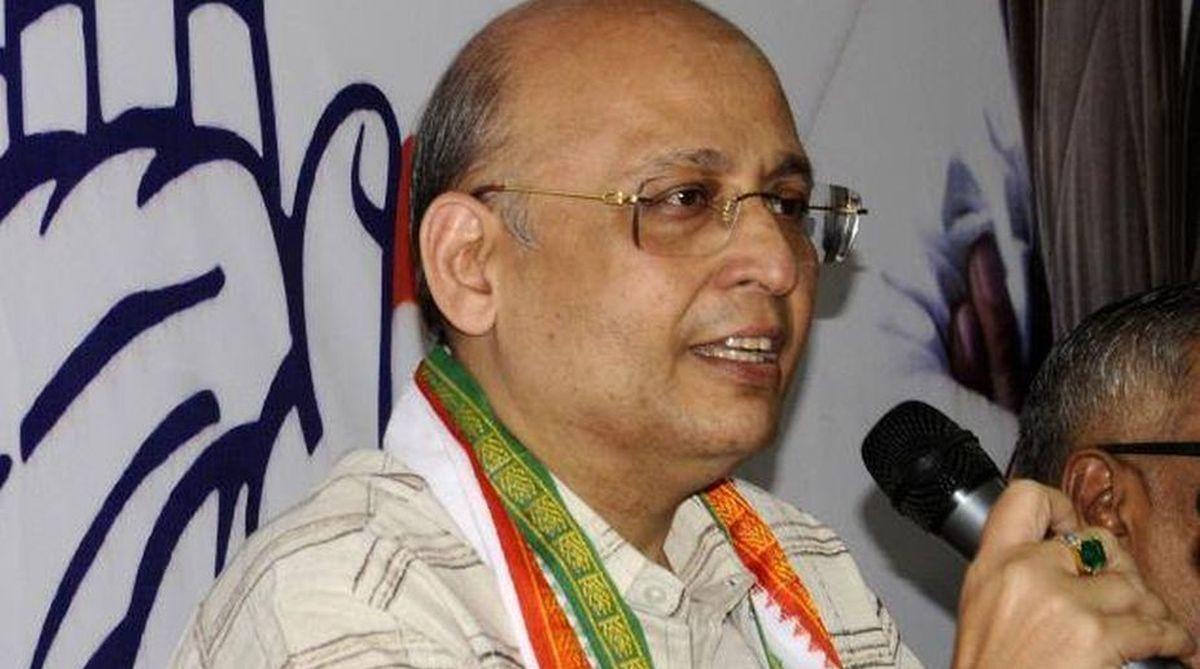 New Delhi: India needs to instill fear in the minds of Communist China if it has to achieve equilibrium in the bilateral relationship, senior Congress leader Abhishek Singhvi has said, calling for a comprehensive, aggressive change in India’s policy on Beijing.

Advocating a three-pronged shift in India’s strategy vis-à-vis Communist China, Dr Singhvi said New Delhi has to invest in building military capability, diplomatic heft by aligning with like-minded groupings such as Quad, and inflict economic injury to China, all to instill fear in Communist China’s mind towards  its Asian neighbour.

At a webinar organised by  Law and Society Alliance, a Delhi-headquartered think-tank, and Defence.Capital a security and strategic affairs platform, Dr Singhvi said India and its polity has to grow beyond local party politics to usher in single-minded, focused, and unified response to the China challenge.

The senior advocate in the Supreme Court was forthright in his assessment that India needs “to do more and talk less” on China and the challenges posed by the northern neighbour.

“India and China are two swords in one scabbard called Asia. There has to be forced respectability between the two. In the real world, both respect and outward likeability are consequences of fear. The need is to generate fear about India in China. Only this is going to set the equilibrium between the two giants,” the three-time member of parliament from the Congress Party said.

On the military front, Dr Singhvi suggested that the Indian armed forces should unabashedly carry out joint military exercises with its interoperable friends and partners. “We have to be open and public about enhancing our military alliance and partnerships. India must focus on it and it is already doing so.”

He also talked of greater share of defence budget in GDP terms for the armed forces, and developing technologies to counter China, especially the military drone armoury technology apart from the missile capabilities and border infrastructure development.

Exploring possible diplomatic options for India, Dr Singhvi said India should leverage and exploit the global anti-China sentiment and the unprecedented wave of anger that has swept across even those nations like Australia that had tilted towards China in the Pacific region under former Prime Minister Kevin Rudd.

“India’s power to name and shame China has always been less understood and even less considered. That naming and shaming China across the world is a vital tool in India’s armoury and I will expect India to unleash a blitzkrieg in which it should name and shame China on the global fora with forthrightness. Look at United States Secretary of State Michael R. Pompeo. I might not agree with him on everything but his forthrightness on China should be applauded,” Dr Singhvi said.

On global alliances against China, Dr Singhvi said, “the ASEAN, the Quad, Malabar exercise, Digital-10 grouping are all alliances of great use in the China equation, to the extent that India has some asymmetry with China on land and traditional defence forces.”

“That asymmetry is much less on our water and ocean fronts. The joint exercises, maritime policing, patrolling, and all the things that happen in the Indian Ocean give superiority to India when it combines with all these global entities. These alliances have become powerful tools.”

Strongly proposing that India should work towards leveraging its ties with Tibet and Taiwan, the Indian parliamentarian said the divinity and glory of His Holiness the Dalai Lama needs to be given the right place that he deserves in India, and New Delhi must unhesitatingly enhance diplomatic relations with Taiwan.

“We have increased our trade from US$66 million to US$6 billion with Taiwan in the recent past. Foxconn, Winstron, and Megatron are Taiwanese companies that have great potential in India. Our shyness towards Taiwan needs to be dropped. We are underestimating the power of frequent and multiple messaging,” Singhvi said.

Calling for vocal, diverse, and comprehensive criticism of China on matters such as the Belt and Road Initiative and South China Sea and Indian Ocean aggression, Dr Singhvi said these actions of China are colonial designs with a coating of economic assistance.

On the economic front, Dr Singhvi called for selective boycotting of China, a practice that Beijing itself adopts and implements vis-à-vis South Korea, Japan, and Indonesia.

“The need of the hour is of judiciously crafted focus and targeted mix of import substitution, discriminatory tariff, steep anti-dumping duties, and arbitration in certain areas. And let me remind you - these are not World Trade Organisation (WTO) breaches or foul practices, as recent WTO judgements show.”

Pointing out the personality-driven Communist politics in China today, Dr Singhvi noted that President Xi Jinping has tried to project himself as a cult leader.

“It all happened in the last 8 years. He became Chinese Communist Party general secretary in 2012 and sidelined all top leaders. The defence, security and the policy apparatus is controlled by Xi and has become its commander-in-chief, which even Mao Zedong did not do, and removed all powerful military commanders.”

Noting that China has never given any concession to India on any issue, including the ‘One India’ principle on Kashmir, Aksai Chin, and even on terrorism such as declaring Pakistan-based Jaish-e-Mohammed’s Masood Azhar as a global terorist in the UN, the Congress Party leader said India has nothing to lose with regard to China, but can certainly push Beijing to rethink some of its opposition to New Delhi.

Dr. Singhvi also said that today, China is not the problem, but the Chinese Communist Party is. More than the party, Xi Jinping is the problem.

World Uyghur Congress director for China Affairs Ilshat H. Kokbore, in his presentation, highlighted the human rights abuses by China on the minority Uighur community in East Turkestan. He said in 2014, Tibetans organised an event on persecuted communities of China. “Out of many leaders, only I was able to attend while all others were not allowed.”

Recalling the intolerable human rights violations on him and his family, Ilshat said because he was outspoken against the Communist regime in China, his family was broken, his brother killed in 2004, his sister arrested in 2014 and his father died of shock.

Ilshat said no other Muslim nation, be it the Turkic countries or others have raised a voice against Uighur genocide and their plight.

He said India can play an important role in the Muslim world and in Central Asia. “You are exposing the reality. Give us more support and opportunity to present ourselves in the media and civil society.’

“We don't say ‘Namaste’ in the morning, rather we greet people with ‘Jai Hind!’ and that is the nationalistic spirit in Arunachal Pradesh.”

Raising the issue of stapled visas that were issued by Communist China to Indian citizens from Arunachal Pradesh, Ering said that in 2016, he refused to visit China when stapled visas were issued to him for an official visit.

Regarding Communist China’s military incursions in Arunachal Pradesh, Ering said the Indian citizens in his state picked up hammers and chisels to chase away the Chinese military personnel at Tuting when the troopers ventured into Indian territory.

“There was a big reaction from us in Arunachal Pradesh and we captured Chinese vehicles and bulldozers, to destroy them. With slogans of ‘Jai Hind’ and ‘Bharatmata ki Jai’, the locals took over the vehicles of the Chinese military.”

Dr Avinash Godbole, a professor at the O. P. Jindal Global University at Sonepat, said Xi Jinping’s rise to power, the press conferences by the Premier and the Foreign minister of China are attacking - which need to be noted. “China has started to believe that it is going to be at the forefront of the new world order, and it will lead the world through technology.”

He said a new alliance had been emerging, of the Memes war between China and other nations in the region. “The new Memes war between China and Thailand led to the formation of the ‘Milk Tea Alliance’ against China’s ‘Green Tea’. Can we take the idea of the Milk Tea Alliance between India and South East Asia to take on China? The ‘Milk Tea Alliance’ is an informal term coined by social media users, because in the region, tea is consumed in many nations with Milk, with the exception of China, where only Green Tea is consumed.