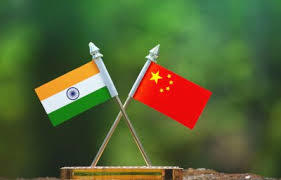 New Delhi: Amid ongoing tension between India and China over border issues in Eastern Ladakh, a military-level meeting was held on Tuesday and more meetings at military as well as diplomatic-level are expected to take place to arrive at mutually agreeable solution.

Sources in the army said, “More meetings are expected both at the military and at the diplomatic level, in future, to arrive at mutually agreeable solution and to ensure peace and tranquility along the LAC as per bilateral agreements and protocols.”

Tuesday’s meeting lasted for around 12 hours and the discussions reflected the commitment of both sides to reduce the tensions along the Line of Actual Control (LAC).

The process of dis-engagement along the LAC is complex and in such a context, speculative and unsubstantiated reports need to be avoided, the sources said.

This was the third meeting at Corps Commanders-level. The last two meeting were held in Moldo on the Chinese side.

In the meeting, both sides have emphasised the need for an expeditious, phased and step wise de-escalation as a priority, the sources said.

This is in keeping with the Agreement between External Affairs Ministers and his Chinese counterpart during their conversation on June 17 that the overall situation would be handled in a responsible manner, and that both sides would implement the disengagement understanding of 6th June sincerely, it said.

The troops of India and China have been engaged at multiple locations in Eastern Ladakh since early May. On June 15, 20 Indian soldiers were killed by the Chinese PLA in a violent clash in the Galwan Valley. Chinese side also suffered a massive casualties but they did not reveal any figures.