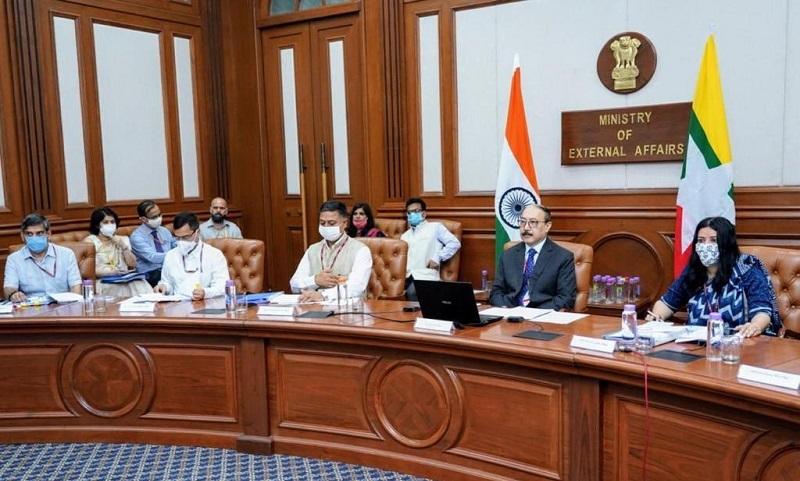 Mr Shringla stated that India remained committed to enhancing its multifaceted cooperation with Myanmar and also to explore new avenues of cooperation.

The two countries held their 19th round of Foreign Office Consultations through virtual mode.

Myanmar’s Permanent Secretary U Soe Han reaffirmed Naypyitaw’s commitment to further strengthen its time-tested partnership with India for the mutual benefit of the two countries.

He also expressed appreciation for the Covid related and development assistance extended by India to Myanmar.

Mr Soe appreciated India for providing debt service relief under the G-20 Debt Service Suspension Initiative, for the period May 1 to December 31.

During their consultations, they reviewed the entire gamut of relations, including border cooperation and upgradation of border infrastructure, status of India’s ongoing development projects in Myanmar, trade and investment ties, power and energy cooperation, consular matters and cultural cooperation, including the ongoing restoration work on earthquake damaged pagodas in Bagan.

The ministry of external affairs said that the cooperation in regional and multilateral fora was also discussed.

The two sides expressed satisfaction that despite the ongoing Covid pandemic, meetings in several areas, including power, energy have been held through virtual mode, reflecting the depth of the bilateral engagement.

It was noted that the next Joint Trade Committee Ministerial Meeting to be held on October 20, will be useful in further strengthening bilateral trade and investment relations, the ministry said.

The two countries also held extensive discussions on the challenges posed by Covid and ways to mitigate its impact, including through vaccine development, supply of medicines, equipment and technology and capacity building.

Both sides agreed to hold the next round of Foreign Office Consultations at a mutually convenient date.