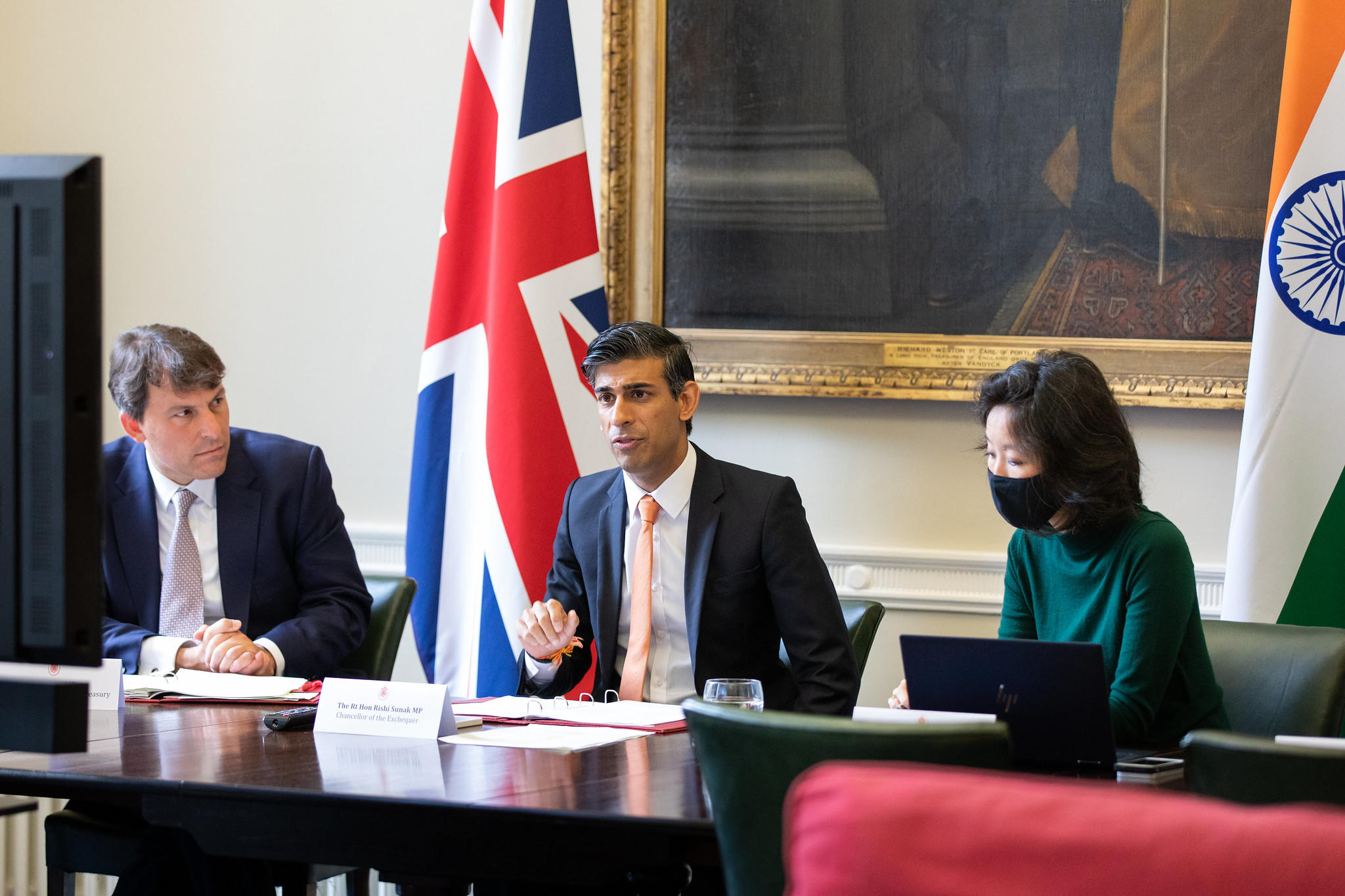 These include a $1.2bn package of public and private investment in green projects and renewable energy, and the joint launch of the Climate Finance Leadership Initiative (CFLI) India partnership, to mobilise private capital into sustainable infrastructure in India.

These investments will support India’s target of 450GW renewable energy by 2030.

The UK-India economic relationship is already strong with bilateral trade of over £18bn in 2020, supporting nearly half-a-million jobs in each other’s economies.

Earlier this year, the UK and Indian Prime Ministers launched the UK-India 2030 Roadmap, to bring the economies and people closer together over the next decade and boost cooperation in areas that matter to both countries.

The countries have also set out an ambitious goal to double trade by 2030, including through negotiating a Free Trade Agreement.

At today’s EFD, the Chancellor and the Finance Minister also agreed to be ambitious when considering services in the upcoming UK-India trade negotiations, which could open up new opportunities for UK financial firms and help more Indian companies to access finance in the City of London. Services account for 71% of UK GDP, and 54% of Indian GDP.

UK Chancellor of the Exchequer, Rishi Sunak, said: “The UK and India already have strong ties, and today we’ve made important new agreements to boost our relationship and deliver for both our countries. Supporting India’s green growth is a shared priority so I’m pleased that we’ve announced a $1.2bn investment package, and launched the new CFLI India partnership, to boost investment in sustainable projects in India as the UK gears up to host COP26. With trade negotiations also coming up, our agreement to be ambitious when considering services will create new opportunities in both markets, supporting jobs and investment in the UK and India.”

High Commissioner to India, Alex Ellis, said: “The Economic and Financial Dialogue between our Finance Ministers is another step towards realising the ambition agreed between Prime Ministers Johnson and Modi in the 2030 bilateral Roadmap; especially, with the COP26 climate conference starting in Glasgow in two months, in tackling climate change. Today’s discussions and agreements show what closer economic and financial ties between the UK and India can offer.”

Agreements welcomed at the Dialogue today include:

·       A $1bn investment from CDC, the UK’s development finance institution in green projects in India between 2022-2026. This builds on CDC’s $1.99 billion existing portfolio of private sector investments in India.

* Joint investments by both governments to support companies working on innovative green tech solutions, and a new $200m private and multilateral investment into the joint UK-India Green Growth Equity Fund which invests in Indian renewable energy.

·       The joint launch of CFLI India partnership to mobilise private capital into sustainable infrastructure in India, including clean energy like wind and solar power and other green technologies. The partnership will be led by a group of leading financial institutions responsible for $6.2tn of assets and chaired by Michael Bloomberg, UN Special Envoy on Climate Ambition and Solutions.

The UK also welcomed India’s recent decision to lift the Foreign Direct Investment cap in the insurance sector from 49% to 74% which will help British firms to take greater ownership of their operations in India.