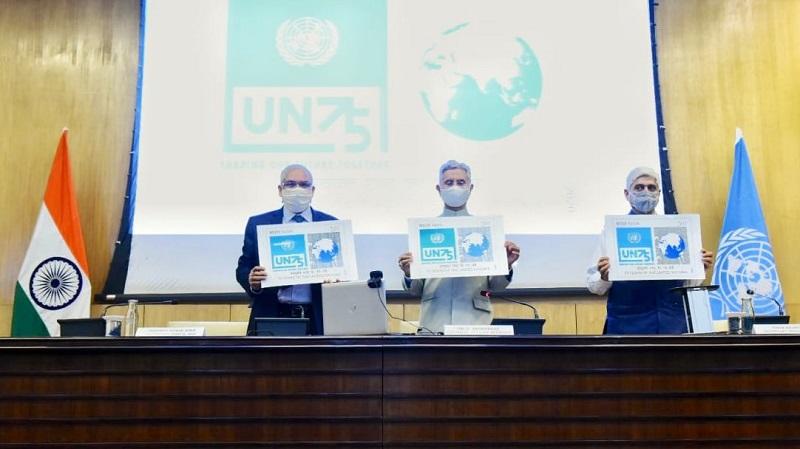 New Delhi: The government on Friday released a commemorative postage stamp on the 75th anniversary of the United Nations Organizations.

External Affairs Minister S Jaishankar was the chief guest at the event.

Welcome the initiative by @IndiaPostOffice to release commemorative postage stamp today on #UN75 at the eve of its founding day.

As we look forward to our 8th term at UNSC, we recommit to work together to make this, one United Nations, the best possible @UN there can be. pic.twitter.com/mW0cJ9CtUN

In his remarks at the release of the commemorative postage stamp, Dr Jaishakanr welcomed the timely initiative of Department of Posts to propose the [email protected] Commemorative Postage Stamp on the eve of the founding of the United Nations.

The minister highlighted that as a founding member of the United Nations, India was deeply invested in UN’s success and had been at the forefront of UN Peacekeeping Operations.

Shaping our future together!

✅Here is the special commemorative postage stamp released by @IndiaPostOffice in the presence of External Affairs Minister @DrSJaishankar to celebrate our association with @UN over the last 75 years. pic.twitter.com/gPgGfkoOZR

It may be noted that Department of Posts has previously released similar such commemorative postage stamps on UN’s 9th, 40th and 50th anniversaries in 1954, 1985 and 1995 respectively.