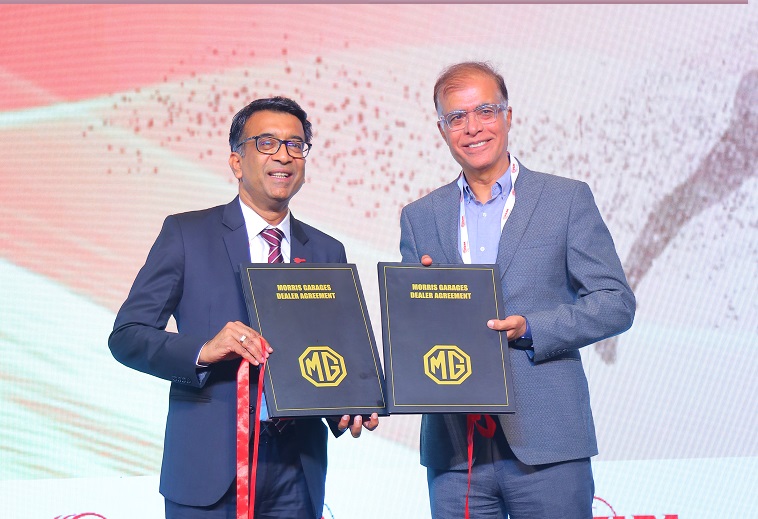 Greater Noida: Leading auto maker MG Motor India has become the first automobile company in the country to accept its model dealer agreement, the Federation of Automotive Dealers Association has said during the ongoing Auto Expo 2023 in Greater Noida.

The model dealer agreement would provide the retail partners equitable say in the running of the auto sales business.

In September last year, the FADA had launched the model dealer agreement (MDA) with an objective to reverse what has been traditionally a ”one-sided agreement” between automakers and their dealers and make their contract a more balanced one.

”Model Dealer Agreement is an important part of the new age dealer association and management creating a level playing field for OEMs and dealers working together to provide some of the most innovative, cutting-edge products and services to Indian customers.

”Nine OEMs have personally heard about the modern dealer agreement, and we are happy to report that each of them has responded in a very positive way. I’m pleased to announce that after two years of hard work by FADA, the MDA was accepted and approved by MG Motor (India) today, marking the beginning of the journey’s successful conclusion,” Federation of Automotive Dealers Association (FADA) President Manish Raj Singhania said in a statement.

One of the key issues that the MDA sought to address was the fallout of foreign auto manufacturers leaving India and the resultant sufferings of the dealers. When Ford decided to exit from India in 2021, some dealers claimed they were taken by surprise as just a month before the announcement the company had issued letters of intent for setting up new showrooms.