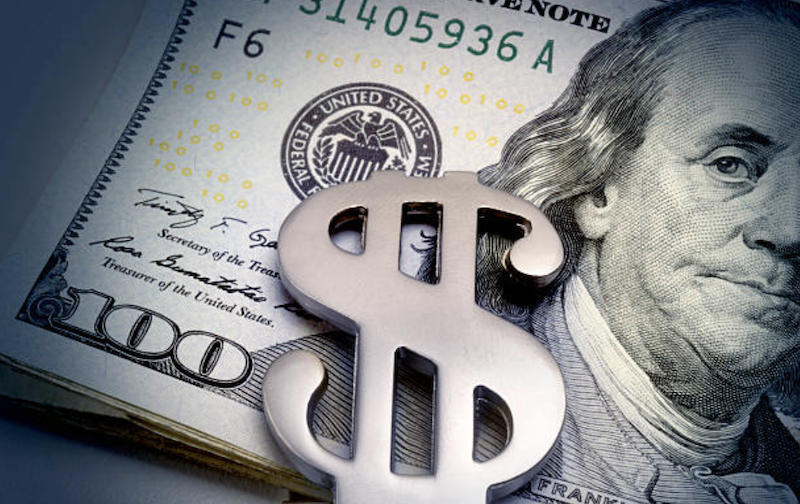 The United States recently put sanctions on top Hong Kong officials, including the chief executive, Carrie Lam. By targeting Lam and other senior officials of Hong Kong, the United States has further given a blow to the former British colony’s status as a global financial hub. But what gives the US the power to do so? After all they aren't the United Nations or any world body. So why do the US sanctions matter so much in the world?

The term most commentators use for the phenomenon responsible for US dominance over trade transactions around the world is dollarization. When the US dollar is used in addition to or instead of the domestic currency of another country, it is called dollarization. Official dollarization usually happens when a country’s own currency loses its usefulness as a medium of exchange, due to hyperinflation or instability The US dollar is accepted in international trade transactions as it is a stable currency that manages to keep its value noticeably stable. It is the go-to reserve currency for the world. Unofficial or de facto dollarization is the holding by residents of assets and liabilities denominated in a foreign currency which again is mostly the US dollar.

Since 1944, the US dollar has been the primary reserve currency used by other countries. As a result, foreign nations closely monitor the monetary policy of the United States to ensure that the value of their reserves is not adversely affected by inflation or rising prices.

This has led to US hegemony in world trade. However, the full extent of its power was never used until the current president, Donald Trump, came to power. He is on a sort of sanction spree with sanctions on Russia, Iran, and now China. And he has weaponized the US financial position and power to make countries fall in line.

In 2017, the US Congress passed a bill that further empowered the executive to use sanctions against “American adversaries”. The “Countering American Adversaries Through Sanctions Act” or CAATSA as it is commonly known is routinely used by the Trump administration to block trade transactions and impose financial sanctions on trade with American adversaries namely Iran, Russia and North Korea. Sanctions can be imposed on any country in trade relations with these countries. CAATSA was used to block the Nord Stream 2 Gazprom pipeline between Russia and Germany.

Even if the law is not used, having it in the arsenal is deterrent enough. If a nation has to do business with the US and in the US dollar, it can’t afford to bear CAATSA or general US sanctions like ones on Hong Kong officials. So, what are they doing?

Many countries have started to break out of this hegemony. The has started a process called “de-dollarization”. Many nations have put in place an arrangement with other nations to pay in local currencies. At the forefront of this phenomenon is Russia and China (since the start of the trade war). Iran and India too had the same arrangement to circumvent the US sanctions on Iran. In January this year, Russian foreign minister Sergey Lavrov indicated that the process of de-dollarization was under way. “Russia continues its policy aimed at gradual de-dollarization of the economy. Together with our main partners, including India, we work on developing economic and legal mechanisms to reduce the negative impact of restrictions on bilateral trade and investment ties,” he said in an interview with Economic Times.

Russia and China have got some measures in place to reduce the hegemony of the almighty dollar, like a cross-border inter-bank payment system as a substitute to the more popular SWIFT (Society for Worldwide Interbank Financial Telecommunication). They have beefed up their gold reserves to back their currencies and have initiated several bilateral and multilateral currency swap deals.

Trump has used sanctions as a weapon and as a result, weaker economies that have been hit by sanctions (the likes of Iran and Venezuela) have turned to Russia and China for stability. Russia has practically been the seller of the Venezuelan oil. China and Iran have the China-Iranian “silk route” agreement, in which China has become Iran’s biggest trade partner.

During the Soviet era, Russia (Soviet Union at that time) and India had trade in local currencies. The practice ended with the fall of the Soviet Union. Both nations went back to that arrangement when India sought to buy Russian S-400 Triumf anti-missile defence system but was hit by the US sanctions on Russia.

This process may take time, but if the US keeps exerting its financial position and power to make them fall in line with its interests, the world will have no option but to look to break the US financial hegemony. The US dollar is still the favoured currency for trade because no other currency is liquid enough. Even if any currency could match the liquidity and openness of the dollar, there would be apprehensions in nations about that currency becoming a mirror of the dollar.

Nobody wants just a change in regime and having to bear the same manipulations albeit from a different country. The only way forward would be to diversify the currency market with no one currency claiming hegemony.

[Disclaimer: Views expressed by Shivam Pratap Singh are his own and don’t necessarily reflect the views of India Sentinels.]