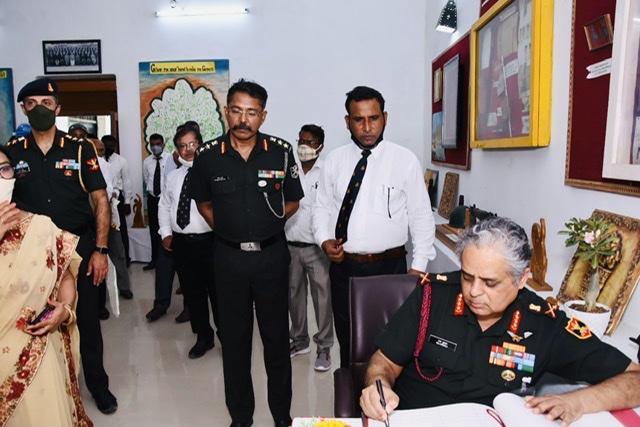 Upon his arrival, he was welcomed by the the school principal, Col Rajesh Raghav. During his stay, he spent his day with the staff members and also took a windshield tour in the school campus.

“It was a red letter day for UP Sainik School,  the pioneering institution  of this country when today the staff of the school welcomed an alumnus, Lt Gen Raj Shukla, Army Commander at Army Training Command,” a school official said.

He further got commissioned into the Regiment of Artillery in December 1982. In a career spanning four decades, he held various strategic appointments in the Indian Army.

“The General officer contributed towards the school by presenting 02 T-55 Tanks and 08 horses to the school. In addition, he also presented a cheque of Rs 50000,” the official said.

While addressing the teachers and staffs, Lt Gen Shukla recalled his old days in the school and showed his gratitude towards his alma mater for gifting him the talents of public speaking skill and confidence. He also remembered his teacher SK Bose who helped him in nurturing those talents. He also remembered the Debate competition held at BITS Pilani where he won the first prize for the school while competing with the best schools of the country.

At the end, he promised to try and solve as many problems as he could in his capacity as Army Commander ARTRAC in order to make the school come at par with the other military schools. 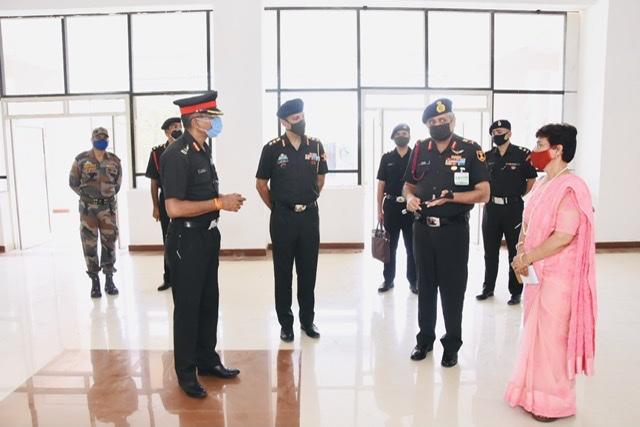 After the address he gave a token of gratitude to the teachers and allied staff who trained him during his school days.

The visit came to an end at the Gyankunj (Art Gallery) where Lt Gen Shukla interacted with the staff members during a high tea organized by the school, where the Principal presented Lt Gen Raj Shukla with a memento as a token of love.

While departing, he also awarded on the spot Army Commander Commendation Card to the Lt Col Jyoti Singh, Headmaster of the school.

The premier educational institution of the city has churned out several powerful personalities. Currently, there are two commanders are among the top echelons of the armed forces.