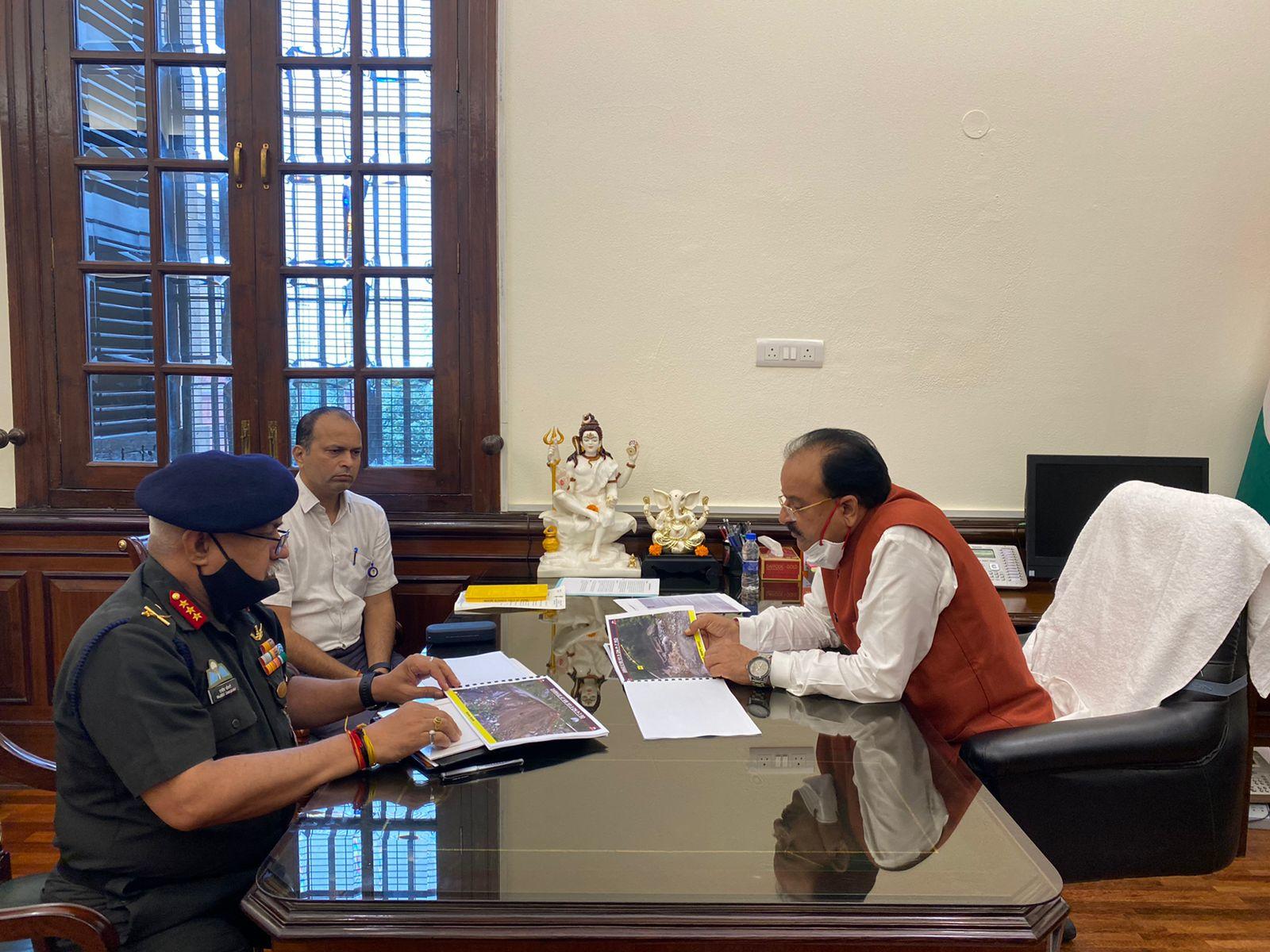 Bhatt inquired about the damage to Pithoragarh-Tawaghat road between kilometre 98 to 102 in a meeting with DG BR Lt General Rajeev Choudhary.

It is worth noting that catchment area of the Kali river at Dharchula have suffered damage due to cloudburst and incessant rains for the last 5-6 days.

Lt General Chaudhary apprised him that along with BRO, National Disaster Relief Force and the entire team of local administration are engaged in relief and rescue operation to provide succour to the affected.

The minister directed DG BR that in such difficult times, the BRO should make every effort to restore connectivity with all its might.

The DG BRO assured him that BRO will provide all possible help to the state government in the border areas.

The minister is reaching Dharchula on September 1, along with DG BR Lt General Rajeev Chaudhary and MP Ajay Tamta on a one-day visit to take stock of the flood situation first-hand in affected areas of the state.