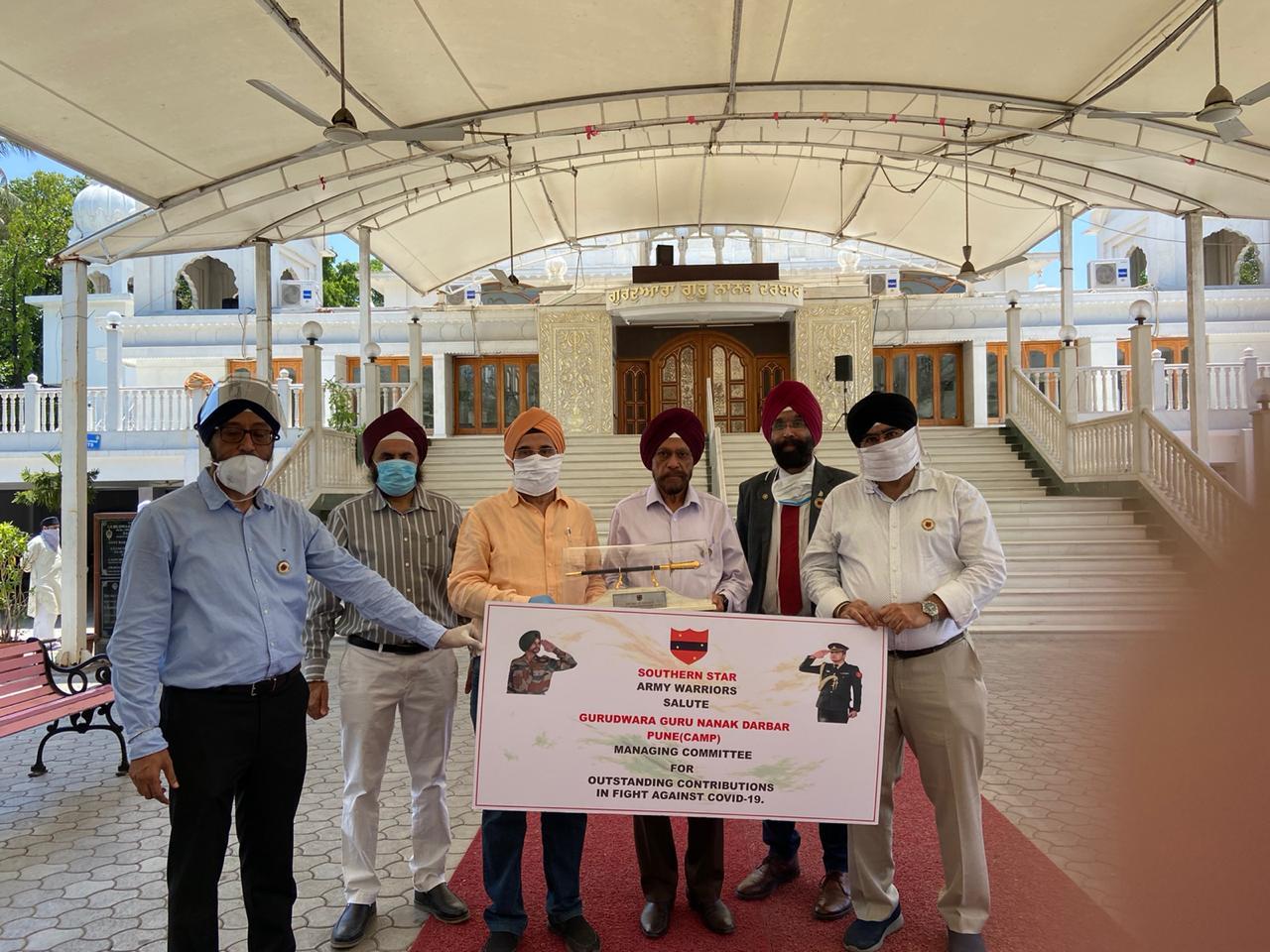 The Gurudwara Guru Nanak Darbaar committee’s efforts were recognised for the distinguished services rendered to Army Hospitals, community at large during disasters and always standing by to support services, wherever, whenever need arises, Indian Army Spokesperson Col Aman Anand said.

Joining the armed forces thanking corona warriors’ initiatives all over the country on May 3, Indian Army officials had visited police, district administration, civic bodies and healthcare workers here to thank them for relentlessly working in defeating the coronavirus pandemic.

Lt Gen Mohanty had commended the courage, selfless sacrifice and dedication to duty of the Corona Warriors that has ensured that we win the fight against this contagion that is causing such devastation across the globe.