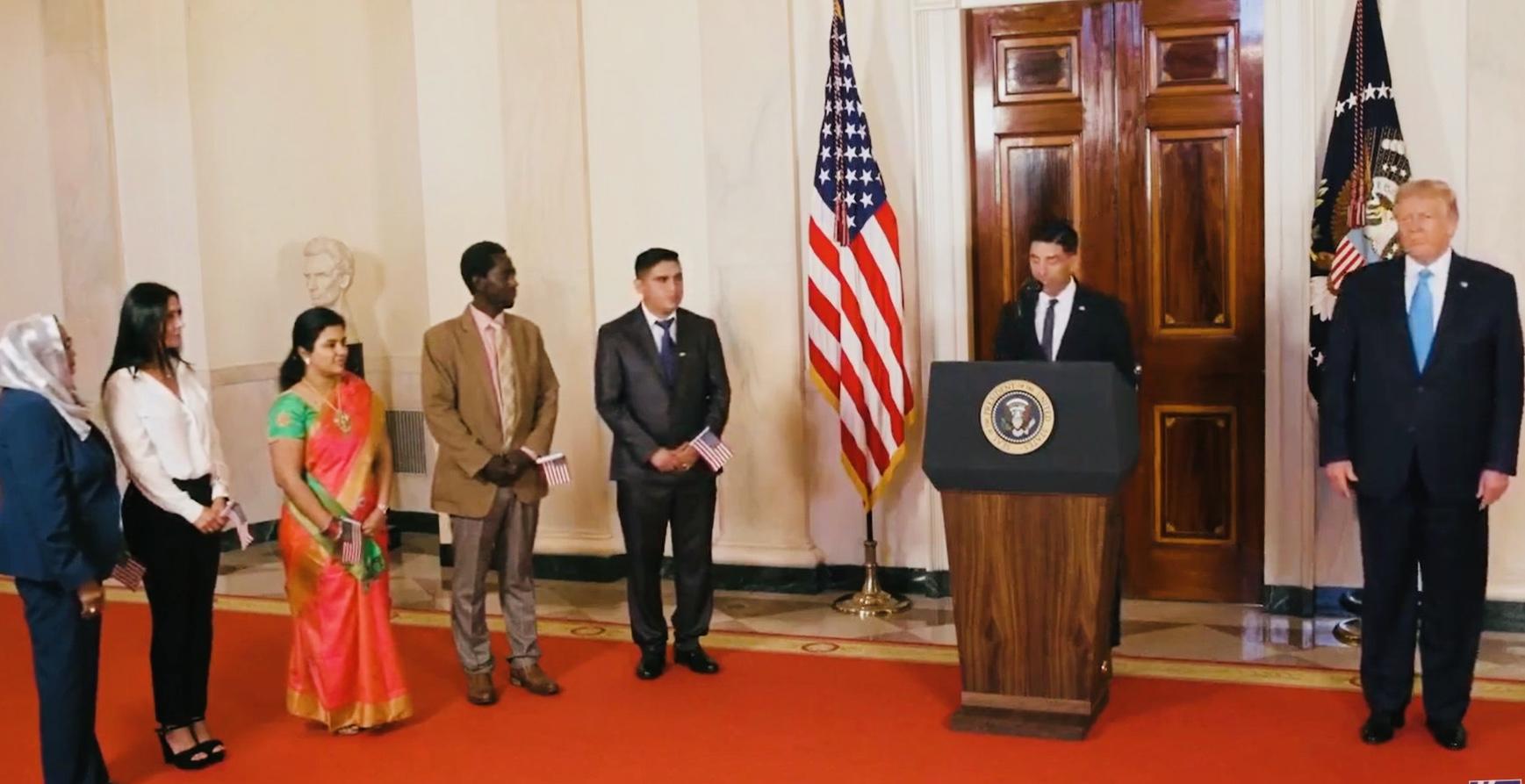 Washington: US President Donald Trump has welcomed an Indian software developer Sudha Sundari Narayan to the 'magnificent nation' as she swore in as an American citizen at the White House ceremony during the Republican National Convention.

The US leader hosted the naturalisation ceremony at the White House on Tuesday.

The event hosted by the US president to show his support to legal immigration included immigrants from five countries: India, Bolivia, Lebanon, Sudan and Ghana.

With their right hand raised and a US flag in their left hand, they were administered the Oath of Allegiance by Acting United States Secretary of Homeland Security Chad Wolf, while Trump looked on.

“Today America rejoices as we welcome five absolutely incredible new members into our great American family. You are now fellow citizens of the greatest nation on the face of God's Earth. Congratulations,” Mr Trump said.

He also said the newly sworn-in American citizens followed the rules, obeyed the laws, learned the nation's history, embraced American values and proved themselves to be men and women of the highest integrity.

“It's not so easy. You went through a lot and we appreciate you being here with us today. You've earned the most prized treasured, cherished and priceless possession anywhere in the world. It's called American citizenship. There is no higher honour and no greater privilege,” Trump said, adding that it is an honour for him to be their President.

Mr Trump said Narayanan is a “phenomenal success", born in India, who came to the United States 13 years ago.

“Sudha is a talented software developer and she and her husband are raising two beautiful, wonderful children ‘the apples of your life'. Thank you very much and congratulations. Fantastic job.”