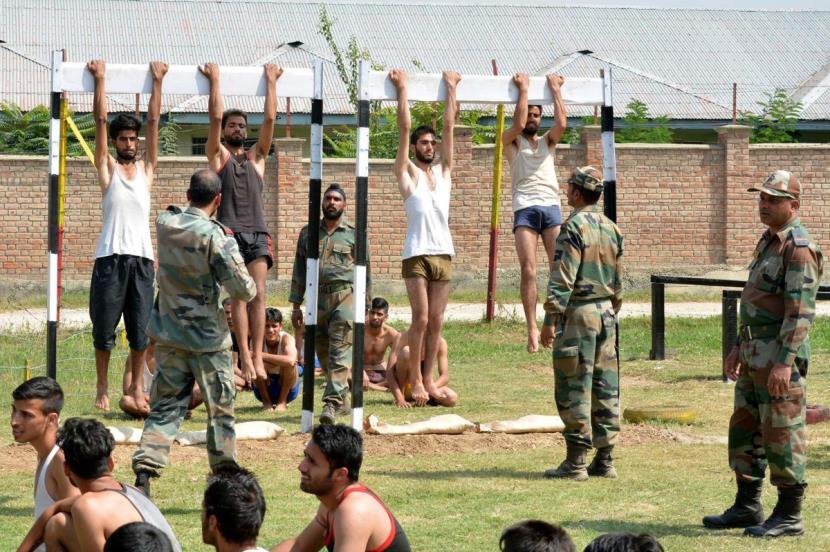 True to its character to do everything for the first time, the Narendra Modi-led BJP government has decided, on Tuesday, to implement a new recruitment policy in the armed forces and has named it “Agnipath” (path of fire). According to the new scheme, recruitment of the soldiers, who will be known as “Agniveers” (fire warriors), will be on a contract for four years. After completion of this period, they will be discharged — and later, 25 per cent of them may be taken back in as permanent soldiers.

It is a new experiment and needs an in-depth study. Before discussing the Agnipath scheme, it is important to know the current recruitment policy.

The recruitment in the armed forces is need-based and there are set parameters and qualities which a person must possess to become a soldier. These parameters include the basic education and physical standards. The individuals meeting the required standards are selected for further training in various training centres. The training centres impart the basic training in various skills necessary for the soldiers, like physical fitness, drill, weapons training, and trade-specific training, like driving, gun drill, etc. The training period is of minimum one year. Once the recruits successfully pass out, they are sent to various units for grooming and training. It is the unit which grooms these raw recruits and makes them soldiers. This grooming inculcates a strong sense of camaraderie in them. They are taught “esprit de corps”, which means a feeling of pride and mutual loyalty shared by the members of a group. In the process, the unit also becomes a family away from family.

With time, the recruits are exposed to:

(a) The history and achievements of the unit.
(b) The culture and traditions.
(c) The way to interact with immediate superiors, like the non-commissioned officers, junior commissioned officers, and the officers.
(d) Various duties in the unit.
(e) Trade-specific training.
(f) Motivational and educational training, which includes the meaning of the sacred three words attached with the unit – “Naam, Namak, and Nishan” (name, salt, and insignia).

The training goes on in the unit and ultimately, the recruit becomes a soldier in true sense. They are then put through various cadres and educational classes to make them eligible for promotion. They are also sent to various training institutions for specialized training on weapons, equipment, including technical equipment, and vehicles.

It is a long journey which a recruit undertakes to become a soldier. The unit training is extremely important as it imparts a sense of devotion to duty, discipline, and passion for the job. A trained soldier is then ready to prove his mettle in any field be it sports or while facing the enemy. A unit is recognized by its performance both in peace or in war The soldiers and the officers contribute wholeheartedly to achieve distinction. A recent example is Subedar Neeraj Chopra, the Olympic gold medal winner in javelin throw. There are many more soldiers who brought sporting laurels for the nation, and, in the process, made their units proud. The achievements in war are more than one can count. The very thought of “Naam, Namak, Nishan” makes them do wonders.

Compared to this existing system, the new recruitment policy throws more questions than answers. The concept of “contract soldiering” is unheard of in our military, which appears to be an idea coined without going into the details and, more importantly, not giving thought to the pros and cons and consequences such a recruitment scheme will have in the future.

A tenure of four years including recruit training is hardly sufficient. One wonders what will happen to the recruits:

(a) Initiation in his unit.
(b) His integration in a unit.
(c) His trade-specific training.
(d) His specialized equipment training, and many other things.

There are other issues too, like what happens to his promotion? Above all, what happens to the motivational training that inculcates the sense of being part of the family in a recruit? It goes without saying that this is a bad idea and does not augur well for our military. It just cannot make real soldiers who are fit to face the challenges the services throw at them.

The foundation of soldering is camaraderie and passion. In the “Agnipath” recruitment scheme, both seem unachievable at this moment. It may save the exchequer pension money, which appears to be the government’s aim, but saving money and threatening the very existence of a great military is a bad idea.

Now that the government has announced the scheme, one can only wish the armed forces all the best. Only time will tell if this author proves to be wrong and the government right. I sincerely hope for the latter.