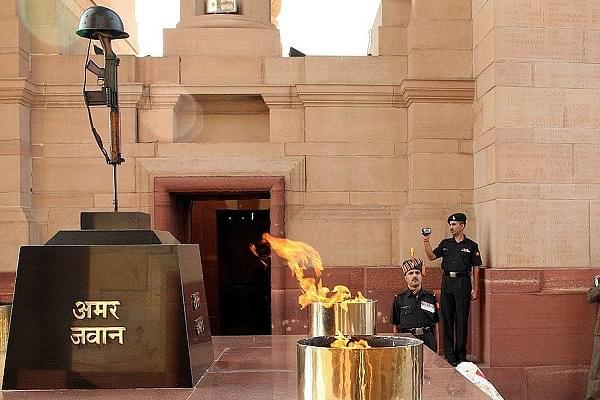 The Amar Jawan Jyoti, as it stood near the India Gate earlier.

On January 21, 2022, India woke up to a shocking news that the government shifted the Amar Jawan Jyoti – the eternal flame lit in the memory of our fallen soldiers in the 1971 Liberation War of Bangladesh – from India Gate to the newly built National War Memorial (NWM). The explanation put forward that it was difficult to manage the two flames. Another excuse given is that the AJJ reminds of the colonial past, because it is built near the India Gate, which was erected to commemorate the Indian soldiers who died in the World War I and World War II. Both the excuses given are outrageous and don’t hold ground. It was a desecration of a sacred place at best.

Why the government undertook this weird step? An insight into the history of AJJ will clarify things. AJJ came into existence after the 1971 war with Pakistan. India won a glorious war with Pakistan in which Pakistan was divided into two parts and a new nation, Bangladesh was born. The world witnessed the might of Indian armed forces n strong political leadership which exhibited exemplary coordination between the two. The task at hand was completed, undeterred even by the US threat of 7th Fleet entering the scene. The war was significant in many ways in that 93,000 Pakistani troops surrendered unconditionally – a feat never achieved in the history of the world. It was unprecedented coordination and cooperation between the-then political and military leadership, which brought about this historic achievement. 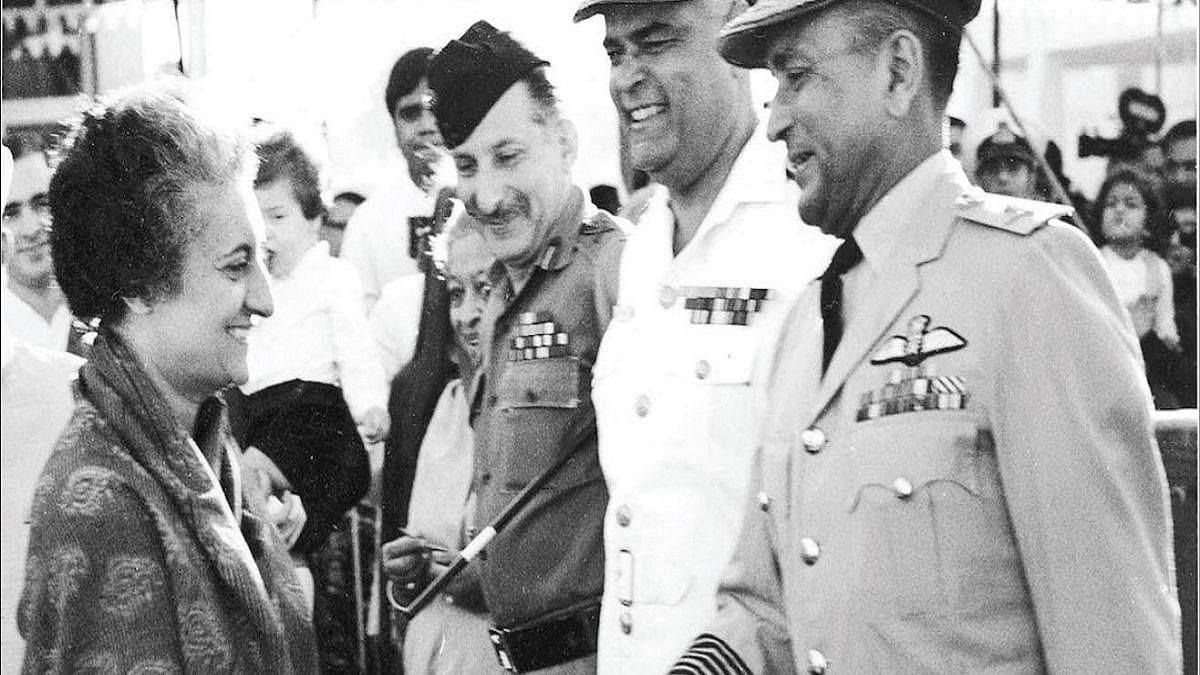 Indira Gandhi with the services chiefs following the victory in the 1971 war.

Indira Gandhi, the-then prime minister, gave all the credit to the armed forces and as a mark of respect to the soldiers who laid down their life fighting, decided to build AJJ at the India Gate. It was a fine decision to ensure people visit, remember and pay homage to the valiant soldiers who died fighting a war which was not even theirs. The creation of AJJ at the India Gate was also significant as it gave company to the soldiers killed in WWI and WWII whose names are engraved on the India Gate. Since then, AJJ became a source of inspiration to people visiting and to those young ones who dreamed of donning the coveted uniform.

This perhaps, was the only reason that govt of the day decided to do away with AJJ in the garb of merging it with the one at NWM. It is more than obvious that it has been done to erase the legacy of the past governments, especially of the Congress governments led by Jawaharlal Nehru and Indira Gandhi. It reeks of a feeling of inferiority complex as it finds it difficult to achieve something of this magnitude. Given the “I, me and myself” nature of the current government, it concretizes this belief. The excuse of the reminder of the colonial past is laughable to say the least. If that were the case, India Gate should have been demolished.

To sum up, desecration of AJJ is in bad taste. The flame is extinguished for good no matter what flimsy reasons are put forward.