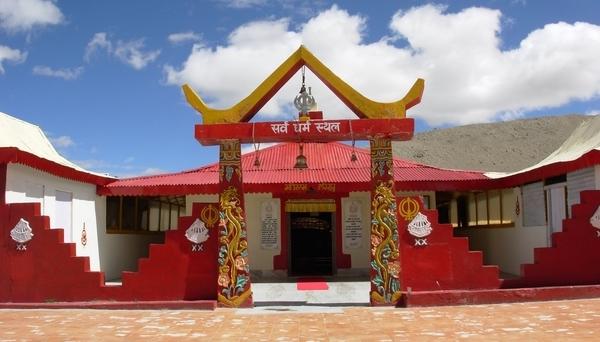 Subedar Major Rachpal Singh was a worried man. The festival of Dussehra was fast approaching and the regimental panditji (priest) was not present in the battalion. He was on a long leave and would not return by the festival’s date.

Dussehra, as we all know is a major Indian festival that celebrates Goddess Durga’s slaying of the buffalo demon – Mahishasur, as well as lord Ram’s victory over Ravan. In essence, the festival which marks the end of ten days of Navaratri, signifies the victory of Good over Evil.

The festival has special significance in the Indian Army and the regiments and battalions celebrate it by performing ritualistic worship of weapons and other war equipment, popularly known as “Shastra Puja”.

Before going further with the story of Subedar Major Rachpal Singh, let me give you a backgrounder. The armed forces, particularly the Army, which is manpower centric, has religious teachers (RTs). The RTs are recruited as junior commissioned officers (JCOs) who cater to the spiritual/religious needs of the soldiers. They act as their friends, philosophers, and guides besides performing religious rituals tailored to military settings. RT are posted to the battalions and units depending on the composition of the troops. Whether it is a pandit (Hindu priest), maulvi (Muslim prayer leader), granthi (Sikh priest) or a Christian priest, he is trained to possess knowledge of all religious faiths and he preaches religious tolerance and communal harmony – underlying the unity/oneness of all humankind. The RTs also provide counselling support to soldiers who may be in emotional distress and can even provide advice to the commanding officer (CO) on the soldiers’ morale and motivation.  The armed forces of many countries have a similar system. In USA and UK for example, such persons are known as chaplains.

Going back to the story of Subedar Major Rachpal Singh, he worried because he didn’t know would perform the Shastra Puja in the forthcoming Dussehra in the pandit’s absence. He walked over to the office of the CO of the battalion. The subedar major apprised the CO, Col Simon, about his predicament. As the CO and SM discussed the matter, the regimental maulvi, another RT of the battalion, who had meanwhile come to know of the predicament, requested to see the CO. On being granted permission, the maulavi entered the CO’s office and said, “Jaihind, Sahab if you permit, I will perform the Shastra Puja.” The CO and SM looked at him sceptically. He assured them, “Sahab, I know the shlokas and mantras, and I have been trained to be a RT in the Army with adequate knowledge and understanding of all faiths,” adding, “Moreover, I was born in Tarakeshwar (the small town in West Bengal with a renowned Shiva temple) and I have grown up reciting shlokas and mantras in Durga Puja and other pujas.”

Col Simon did not need any more justification. He asked the SM to arrange the Shastra Puja and Dussehra celebrations. That year, Dussehra was celebrated in the battalion as it is celebrated every year. The ritualistic Shastra Puja and havan (ritual burnings of offerings in holy fire) were performed by Col Simon, a Christian, Subedar Major Rachpal, a Hindu and Subedar (RT) Abrar Ahmed, a Muslim. They were joined by the entire battalion irrespective of the personal faiths of the soldiers. The shlokas and mantras were chanted as they would be by a trained pandit. The underlying theme of communal harmony and upholding the “Fauji Dharma” (Soldier’s Religion) – the only religion of a soldier was stressed upon by the CO, SM, and the RT – and was enthusiastically acknowledged by the battalion. “I have never seen such an amalgamation of faiths,” gushed a young officer who had recently been commissioned into the battalion.

This is not a one-off story. Rather, the Indian armed forces are replete with such stories. The Army regularly witness officers, irrespective of personal faith, leading “mandir parades” (temple parades). Yes, like all other activities in the military, a religious ceremony is also called a parade – be it a mandir, masjid, gurdwara or Sunday Mass parade, and all unit members must mandatorily attend it. The faith of the troops one commands invariably becomes the faith of an officer – irrespective of officer’s personal faith. The only religion that is upheld in the armed forces is the “Fauji Dharma”, the only colour a soldier adheres to is the colour of his/her uniform and that of his/her regiment. No wonder it is a well-known and accepted fact that the Indian armed forces are the leading example of secularism, communal harmony and religious bonhomie or religious tolerance in our country. In military operations, soldiers across faiths easily put their lives in each other’s hands.

Visit any military station – be it an Army, a Navy or an Air Force station – and you will invariably come across a “sarva dharma sthal” or “all faiths complex”. Such a complex usually has a temple, a mosque, a gurdwara, and a church – all located within the same precincts.  The armed forces are also replete with inter-caste or inter-faith marriages. It is indeed heartening to visit such couples’ homes and witness the beautiful and mystical amalgamation of different cultures. They wholeheartedly celebrate festivals from both faiths. I have fond memories of devouring siwai ki kheer on Eid-Ul-Fitr as I have of eating kaju katli on Diwali at such couples’ homes. Children in the armed forces grow up in such an environment where they see their parents enthusiastically working and partying with people from across faiths. The officers, soldiers and their families are completely at ease in such a secular environment.

The Army’s Jammu & Kashmir Light Infantry (JAKLI) Regiment has gone a step further. They have a unique concept of having the mandir, masjid, gurdwara – popularly known as MMG – all under the same roof. An MMG comprises of three metallic or wooden structures adorned with ornamental awnings – one housing the Hindu deities, another housing pictures and artefacts depicting the Islamic faith and the third one housing the Guru Granth Sahib – all three structures placed side by side in one room and it is here, where prayers and religious ceremonies are held – popularly called the MMG parade – where in soldiers of all faiths congregate, sitting together as one single entity to perform ardas, dua and aarti. This is followed by a short speech emphasizing religious harmony and the soldiers’ dharma and distribution of prasad or the Almighty’s offering. I have seen soldiers from one faith observing Navratri while those from another keeping roza (observing fast) during Ramzan and everyone living and working together in perfect harmony. However, no concessions whatsoever are made to the soldiers observing fasts and there is no relaxation in their military duties.

Our country is full of shrines from all faiths spread across its length and breadth. During their careers, soldiers come across many such religious shrines. They reverently visit these shrines, paying obeisance in them irrespective of their personal faiths. They even help maintain the shrines that are located within the area of responsibility of Army. Mangala Mata temple in Naushera area of Jammu & Kashmir, Gurudwara Patthar Sahib near Leh in Ladakh, Shahdara Sharief in Rajouri district of Jammu & Kashmir and so on are a few examples.

The armed forces in our country are a microcosm of the entire country. They comprise of soldiers drawn from all parts of our varied country, cutting across faiths and communities. It is during his service in such a cosmopolitan environment, getting exposed to the myriad variety that our country offers, that a soldier learns and practises the one underlying theme of all religions – love for all humankind and tolerance for other religions.