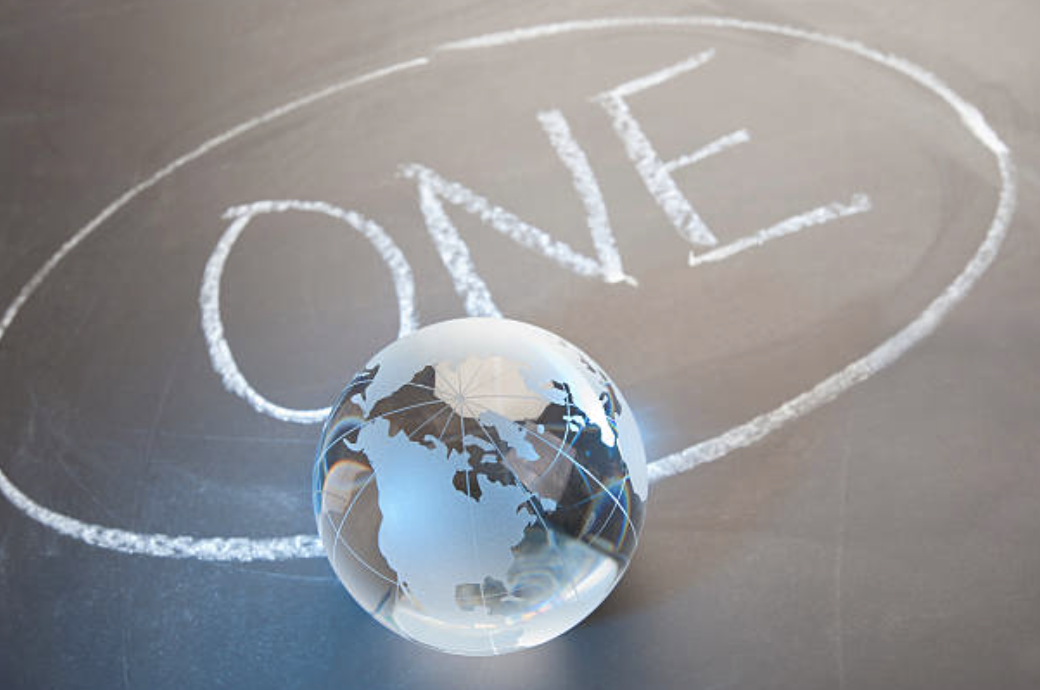 Sometime in the future, not too distant in the 21st century ...

The world no longer looked as beautiful as one used to experience or dream about. Many wars broke the economic spine of developed countries and not to speak about the developing nations. Health crises, like unknown infections and alarming hormonal abnormalities, became too common. Unbridled chemical and genetic research resulted in more harm than good as humans felt being cursed by their own Frankensteinian experiments and actions. Environmental degradation and nuclear disasters disfigured the face of earth to such an extent that the drought-hit and desert-ridden plains turned brownish – appearing more conspicuously violent than the stale oceanic blue – as the myriad satellites flashed images.

All these cataclysmic events have impoverished most of the people as the foresighted rich had already migrated to space townships, thanks to spaceships. Despite the unfortunate possibility of their imminent gradual extinction, humans have not yet seemed to think of ending their unceasing internecine conflicts, which they themselves have been spearheading since long with their uncompromising divisive tendencies.

“Hello! This is Spaticon,” the pope answers the call.

“Good morning, Your Grace! I am the archbishop, speaking from Winterbury,” Archbishop Sean says from the other end of the line.

The pope is somewhat amused to get the call in the wee hours. “Nice morning, Your Excellency! Hope all is well.”

“Something urgent, Your Grace! I apologize for disturbing you at this odd time ... it is just to share my thoughts as I hardly sleep nowadays,” an apologetic Sean replies.

“Oh! Not at all. Though unusual, I am pleased to talk ... any botheration from the royals?” an anxious pope says.

“By no means, Your Grace! The royals are kind and generous. But I am perturbed about the way the rift among faiths is troubling Europe so badly.” Sean is worried.

The pope turns pensive. “That’s a fact, Your Excellency! I have not yet forgotten about the mediaeval wars that were fought between and within the nations. Also, those weary crusades ... a lot of blood spilled in the name of religion.”

Archbishop Sean is silent for a while and puts forth his point. “Yes, Your Grace! Of late, the scuffles are much more severe ... almost every faithful is in an unpleasant strife with his or her counterpart of other faiths. We need to do something because people repose confidence in us, better than their political leaders.”

The pope accedes. “Yes! We, the spiritual heads ought to take responsibility to ensure a peaceful world. We will see to it.”

“Don’t you think, Your Eminence, that we, the spiritual leaders, have been duty-bound to preserve amity among all our faithful?’ mumbles the grand imam during their discussion on contemporary international affairs.

The chief rabbi nods his head in endorsement saying, “True, Your Holiness! World leaders have been striving to maintain peace across the regions and nations, but the results are not encouraging. Scientists and intellectuals too did their best to unite people but to no avail. Now, as a last resort to save humanity from the ongoing violent confrontations, we have to take initiative.”

“I am with you, Your Eminence!” the grand imam concurs.

The Oriental Spiritual Forum is in session in one of its largest congregations at Nagasaki on “Peace in Asia”.

Pujyashree Onkaracharya, Hon’ble Jathedar Lokpreet, Most Venerable Lama Talai, Munishree Vishwa Sagarji and others share their views on how to promote human values in the fast-disintegrating world.

“I feel that we need to play a decisive role to achieve Vasudhaiva Kutumbakam (the world is one family),” laments the pujyashree.

‘The problem is that the condition of the world is getting worse and worse,” the munishree says, being critical about day-to-day trends in the modern scenario.

The lama toes the line, “After being ordained monks, we always professed ethical and moral virtues, which are universally applicable irrespective of any faith. But the destructive elements in the society continue distorting our teachings to misguide the gullible public.”

The jathedar continues the dialogue. He says, “That’s the reason which drove Karl Marx to mistakenly brand religion as opiate.”

“All of us have identified lacunae in the way how and why things are going?” the pujyashree stresses, and adds, “Unless we, the leaders of all faiths, take up unified steps at this juncture, we cannot find humanity in a few decades from now. Hope we can resolve it soon.”

As mutually agreed, all spiritual heads of the world – including the pope, archbishop, chief rabbi, grand imam, pujyashree, jathedar, lama, and the munishree – assemble at a round table in Null Island, on the further course of action. They ruminate on various factors that have been adversely affecting the common fellowship of humanity.

They exhort people in a statement to realize the truth without confusion and clarify that everything which is practised in the name of belief is not necessarily associated with God. This is because God runs the universe on the principles of love and peace, whereas the intentions and actions of some people have been found to be purely incompatible with harmonious human coexistence. God manifests in the inner conscience of everyone, reflecting ethical and moral aspects of righteous living. Similarly, it has also been resolved that spirituality means benevolent attitudes which are akin to prayers we offer to the Almighty.

After a long brainstorming process, the spiritual heads discern that all-people-compatible systems alone could promote universal brotherhood, especially during critical times, like the current era. Polish ophthalmologist Ludwig Zamenhof formulated “Esperanto” – the universal dialect in order to help people know one another closely and promote the spirit of fraternity. The noble seers also ponder at the end of the deliberations that there is a better option if all religions could disseminate common messages of love and camaraderie more emphatically because people at large would certainly believe in what the spiritual leaders preach.

They also decide to reach out to people directly to correct their conduct whenever they act or speak ill of others and convince them that establishing peace in the world is the basic path connected with faith in God. This is because God exists individualistically in one’s mind and heart as well as collectively in public good. Finally, the Declaration of Null Island advances on an optimistic note to restore a violence-free, brotherly, and tranquil humanity in the present and the immediate future.