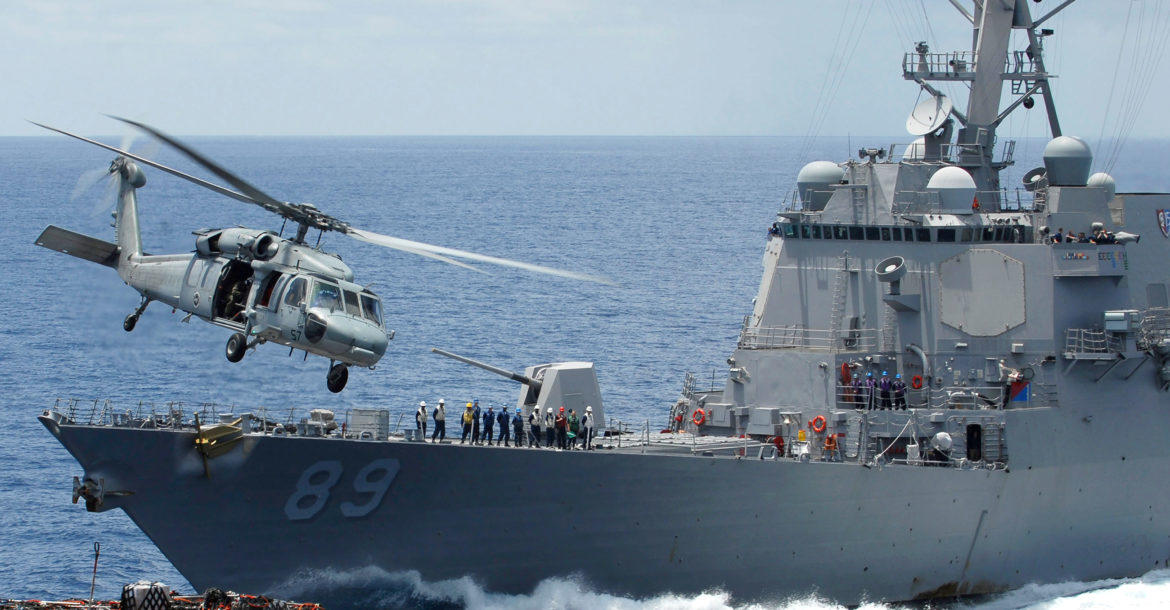 New Delhi: Aiming to boost deterrence against China and to build a blue-economy ecosystem in the Indo-Pacific region, the United States’ the Indo-Pacific Command will enhance military drills in the region with its Quad allies – Australia, India and Japan – between 2022 and 2027.

The command had also proposed to escalate its military spending in this regard and urged the administration of President Joe Biden for extra funds for new missiles, air-defence systems, radar systems, staging areas, intelligence-sharing centres and testing facilities in the region.

Biden has also shown interest to engage with his Quad counterparts in the region as soon as possible.

Earlier, Biden spoke with Japanese Prime Minister Yoshihide Suga, on January 27; Prime Minister Scott Morrison of Australia, on February 3; and Prime Minister Narendra Modi, on February 8. While the Indo- Pacific region figured obviously in each of these phone calls, the Quad already has had its first meeting of its foreign ministers.

Keeping an eye on China, the Quad members have increased their defence budget. For instance, Japan has approved a record defence expenditure of $49 billion for 2021. It was a hike of 0.5 per cent from the 2020 defence allocation.

According to experts, understanding the change from conventional warfare to modern warfare, Japan assigned funding for non-conventional military areas, like outer space, cyberwarfare and electromagnetic warfare with a focus on China.

Australia, another important partner in the Quad and critical Indo-Pacific power, also hiked its defence budget. Australia is spending around $42.75 billion on its defence, which is around 2.19 per cent of the country’s GDP. Like India and Japan, Australia has also faced China’s muscular policies, including trade and economic coercion.

Importantly, learning from the “Asian Nato” alliance, which the Quad is sometimes called, China has also announced a defence budget that officially crossed $200 billion for the first time.

According to “The Military Balance Report – 2021”, Asia accounted for 17.8 per cent of total global defence spending in 2010 and by 2020, this had risen to 25 per cent. It is believed that the increase in Asian spending has been driven by China as mentioned above.

The maritime domain has a pivotal role in creating larger security architecture. Moreover, in the supply-chain era, where market is purely driven by the trade, the straits in the Indo-Pacific region have a great importance. However, China’s assertiveness in the region has become a key threat not only from the strategic point of view but for commercial shipping, including fishing and oil-gas exploration.

Thus, in the face of China’s rise represents the new strategic threat for not just regional powers, but the US as well.

To counter China’s assertiveness in the region, and growing military presence in the South China Sea, the US recently deployed two major naval warships – the USS Nimitz and USS Ronald Reagan and conducted dual carrier operations in the disputed sea in order to stand up for the right of all nations to fly, sail and operate under the United Nations Convention on Law of the Sea (UNCLOS).

India, like other Quad allies, also an important partner and joined hands with the US to counter China. Recently, India-US naval exercise in the region is an example to counter Chinese presence in the Indian ocean with a military base in Djibouti in the horn of Africa which connects the Suez Canal, the Gulf of Aden and the Indian ocean.

India has an advantage of its location on the globe in context of the Indo-Pacific. However, New Delhi needs to strengthen its relations with the island nations in the Indian Ocean Region and expand the Quad with active involvement of like-minded countries to counter China’s deterrence in the region. For instance, it can develop some kind of a naval alliance with New Zealand, South Korea, Norway, France and Canada.

The Asean has also a big role in the region. Under the umbrella of the “Act East Policy” or “Neighbourhood First”, New Delhi can play a crucial role as a leader in the Indo-Pacific region as “blue economy” is future.

For Australia and Japan, the Indian Ocean is a secondary area of concern while the Pacific Ocean is a secondary area of concern for India. Understanding the priorities, each nation will have to coordinate well to counter China. Large-scale military exercises, like the Malabar naval drill, active participation in summits, coordination and issue-based partnership will certainly help New Delhi and the Quad to deter China.