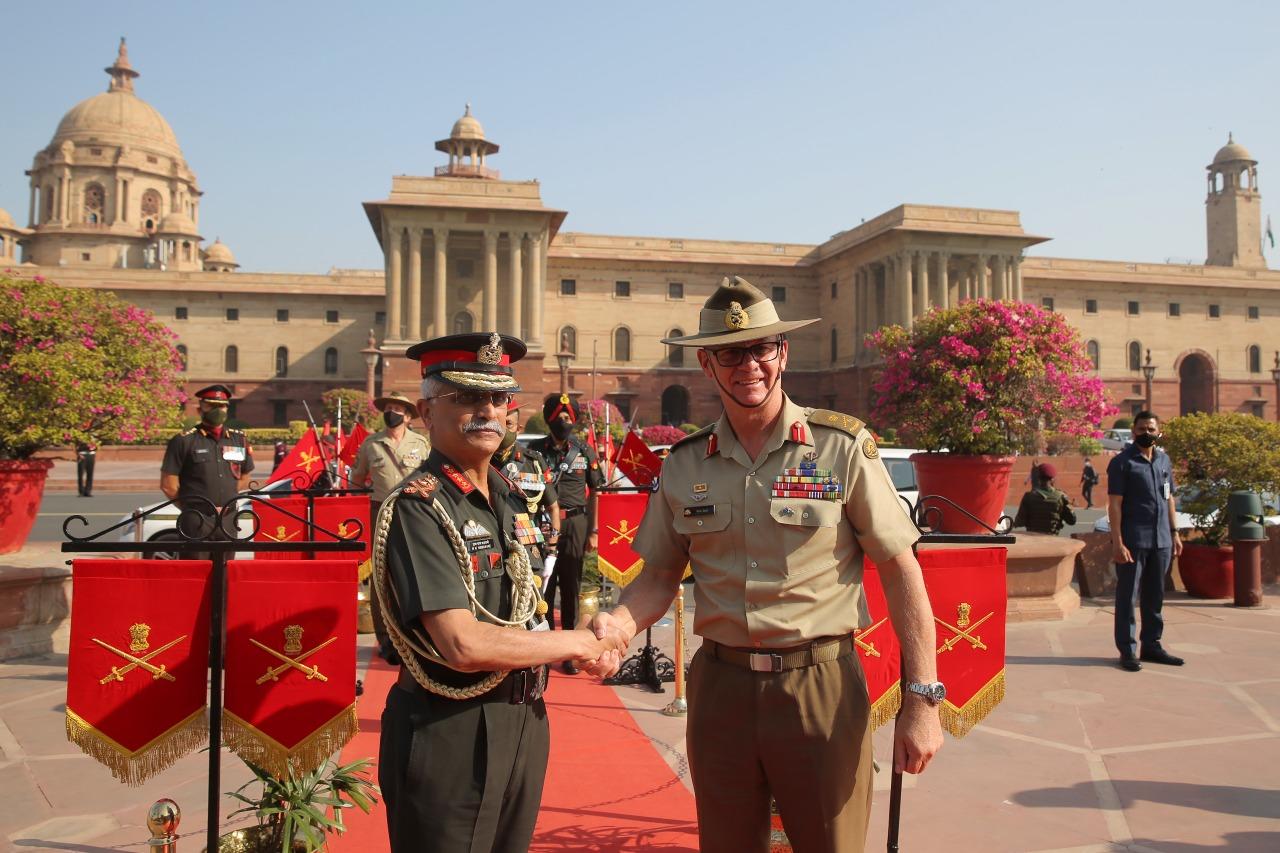 The two military leaders also exchanged views on measures for enhancing defence cooperation between both armies.

The Australian Army chief who had arrived in India on March 8, will visit to Indian Army’s formations and units along the Pakistan border in the western sector on March 10 and 11.

Upon his arrival, Lt Gen Richard Maxwell Burr laid a wreath at the National War Memorial and received a ceremonial Guard of Honour at the South Block.

After from his counterpart in Army, Lt Gen Richard Burr also called on the Chief of Naval Staff, Chief of Air Staff and other senior military officers.

The General also addressed the faculty and participants of the prestigious National Defence College and later interacted on regional security perspectives with the Vice Chief of Army Staff and the Director at Centre for Land Warfare Studies (CLAWS), New Delhi.

He was also called on Chief of Army Staff General MM Naravane and both sides discussed ways to further enhance bilateral defence cooperation.

Vice Admiral Michael Noonan is also the commander of the US Navy’s Pacific Fleet.